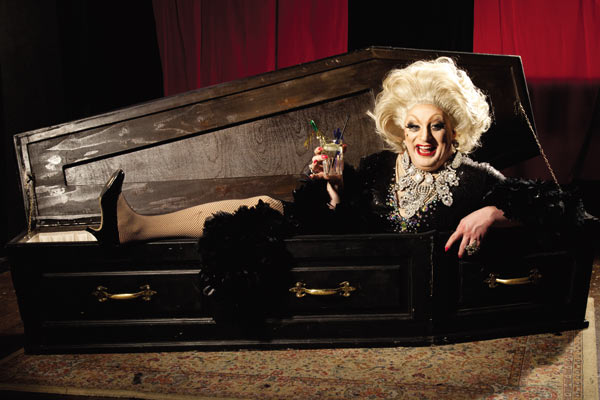 Myra DuBois Wants Her Funeral To Be Perfect

Imagine missing out on the most attention you'll ever receive?!

That's what UK comedian Myra DuBois is petrified of – not being there to witness her funeral. . . So she's moved it forward just to be sure it goes exactly to plan.

'Dead Funny' is a side-eye at death, dying and grief, featuring songs by Richard Thomas and wrapped up tightly by Myra's trademark wit.

'RuPaul's Drag Race' winner Bianca Del Rio called her a comic genius, and now Myra's headed down under for the first time, to perform during Mardi Gras. Here, she answers some questions about the show.

This is a fabulous Australian premiere. What are you most excited for about playing the show here?
Where to start, FROOTY?! First things first, I’m excited to be visiting your country for the very first time! On some distant branches of the DuBois family tree a few relations immigrated down under in the 1960s as ‘ten pound poms’ – so I’ve always been aware of your shores, whilst never having visited them myself.

It’s about making sure your own funeral goes to plan. What sorts of things make the perfect funeral?
Reverence for the deceased (in this case, me), some chic black fashions (although people are encouraged to wear a splash of leopard print in my honour) and a decent buffet! I think that’s the main three. 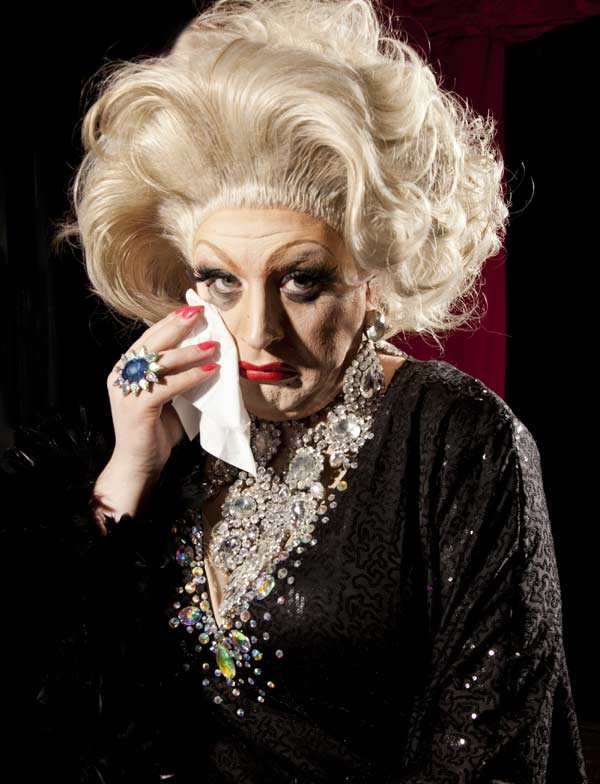 Do you have a particular song you’re wanting played at the ceremony? Why that song?
Yes! The ceremony will begin, and I don’t think this counts as a spoiler, with a piano recital of ‘I Know Him So Well’ which to my fans (the ‘AdMyras’) here in the UK is something of a signature song of mine. In fact, Sir Tim Rice himself (who penned the lyrics) told me that my version of that song was ‘definitive’, so there you go. And he said it on Twitter so it’s definitely true.

Where did the inspiration behind this show come from?
Well my show immediately before this was called ‘We Wish You A Myra Christmas’. It was a Christmas spectacular, and I performed it in August. Well there’s less of a competitive market for a festive show at that time of year, you understand? It went incredibly well (of course) but I realised I was performing FOR the audience. All the energy was going in THEIR direction. When planning my next show, my personal guru, Malcom, said “Myra, what about YOU?”. So I thought long and hard about an occasion where I can make it all about myself and, well, long story short: R.I.P me!

When you put a show together, what are your main intentions?
I love to interact! I do, I’m famous for it back home, actually. My shows feel more like a conversation with the audience, but a conversation where the other party remains totally silent throughout, know what I mean FROOTY? I’ll learn the names of punters and by the end of the show the audience feels like we’re friends! We’re not, of course. Like I always say, they’re not friends, they’re fans. I have to remind them of this before they leave, like a good therapist establishing boundaries. 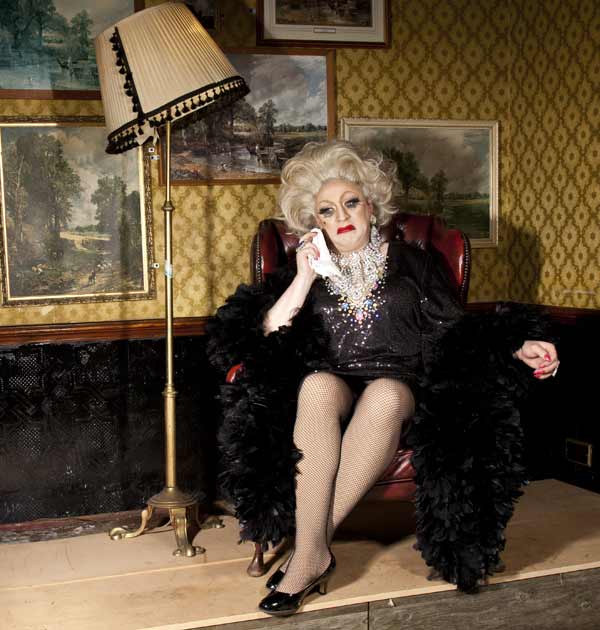 Bianca Del Rio has had some wonderful things to say about you – and everyone knows she’s full of hate! What was it like to get praise from her?
I supported her on her UK tour. I don’t just mean I went on stage before her. I mean I actually physically had to support her. I shan’t mince my words; the woman’s a drunk. And I know too many secrets and quite frankly she owes me. There’s a little tip for you! Ever see Bianca say something nice about someone? That person has dirt on her.

Are there challenges, as a UK comedian, in making sure your material is relevant for Australian audiences?
I don’t think so, especially not in a show about death. People do die in Australia, don’t they? Otherwise we’d all live there! Death is such a universal subject, although funerary customs do alter between cultures don’t they? Perhaps I’ll finish this run better educated on the ways and customs of death in the southern hemisphere!

What do you love most about what you do, and why?
It sounds twee, but meeting the audiences. It really is, we always have such a laugh and I can’t wait to meet my audiences in Australia!