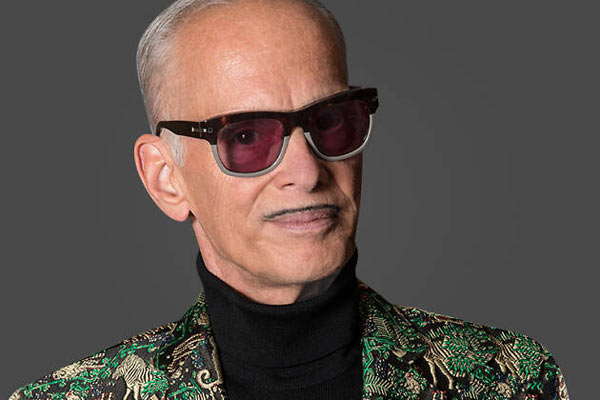 In the 1960s, he was making all sorts of legal trouble for himself while filming ‘Mondo Trasho’, but today John Waters is more interested in convincing you to 'Make Trouble' when he brings his newest tour down under.

John Waters, best known for writing, directing, producing and cameoing in the 1980s film ‘Hairspray’, is returning to Australia to perform his one-man show ‘Make Trouble’ this October.

Waters has been described by many in the past as The King Of Camp, The Pope Of Trash, The Prince Of Puke, and The People’s Pervert, which says a lot about the mishmash nature of his newest show.

When asked to describe the show, he explains quite simply that it is “a 70-minute monologue about how to survive with a sense of humour,” before adding, “it’s about causing trouble from the inside, not the outside, which, today, is the only way that you can cause real trouble that lasts.”

To him, that means, “using humour to change people's political opinion and their artistic opinion.”

“You can never change anything by lecturing and standing on a pedestal. You change people's opinions by making them laugh and making them feel smart about changing their opinions to your side.”

However, it’s not just a show about politics and opinions. According to Waters, ‘Make Trouble’ is about everything including fashion, showbusiness, love, death, and even how to get through a love affair. It’s a show allowing Waters to share 50 years’ worth of negotiating his way through the sexual world, the movie world, and the business world. “I think it’s a self-help thing for people that are crazy: I want to show you that you can be f…ed up and triumph.”

As is the case with any self-help thing, there’s a message Waters would like audiences to take away from it: “No matter what you want to be, you can be it,” he says. “If you do something you don’t want to do for the rest of your life, you end up bitter and unhappy.”

For a show touching on many topics, some Australian audiences could find it somewhat controversial. Waters, however, is confident in his decision to bring his tour down under. “It’s only controversial to the people who wouldn’t come,” he highlights. “To my audience, it would be what they would expect. But at the same time, I hope I make them laugh at things they haven’t laughed about before.”

Waters’ confidence, of course, comes from the fact that he’s toured Australia several times before. According to him, Australians make for a good audience. “They always get their roots done for me when they come, they have a good outfit, they’re multigenerational, they have a good sense of humour about themselves, they’re still angry about politics in some ways, they all want change, and they don’t give up.”

Giving up has never been an option for Waters either, explaining that in the ‘60s, “I would go to colleges with Divine when nobody had heard of us and we would come out on stage and Divine would throw dead fish into the audience while I would talk about nudist camps, and then a fake policeman would come on stage and pretend to arrest her, and she would strangle the policeman... And then the show would continue.”