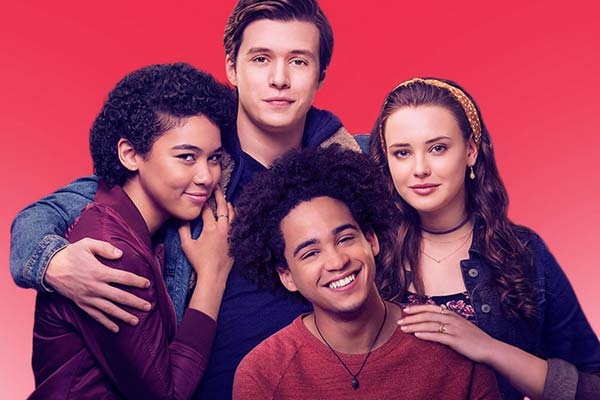 'Love, Simon': A coming-of-age story about a boy falling in love with another boy and a journey of self-discovery.

Greg Berlanti is brilliant in the Director's chair and the soundtrack primarily by Jack Antonoff complements the varying moods and events throughout the film wonderfully. Katherine Langford, Keiynan Lonsdale, Alexandra Shipp, Logan Miller and Nick Robinson among others are all up to the task of portraying what is asked of their characters.

'Love, Simon' ticks all the production boxes for a well-structured and pleasantly presented film. What doesn't sit quite as well for this reviewer is the way Simon's story unfolds.

Simon's story is told in the book that this film is based on: 'Simon vs the Homosapiens Agenda' which was released in 2015. Without turning this into too much of a book plot review, let's just say that the events of this story are essentially ideal and almost 'best-case-scenario'. We get a tiny insight into his struggle and the (barely) negative reaction of his fellow school students, but it's not nearly enough.

As a queer person with queer friends who have been through hell and back to be seen as normal by most of the people around them including themselves, this story felt a little too simple, only scratching the surface. I've heard from people who left the film feeling genuinely envious of Simon's experience and that the film made being queer and coming out look almost like a walk in the park in comparison. In saying this, that might also mean that queer folks that are currently 'in the closet' could see this film and feel confident enough to reveal who they truly are.

Every queer person will leave this film feeling a different way. Some will leave relating to it like nothing they've ever seen before. Some will leave feeling empowered to tell their story. Others will leave wishing they had it as easy as Simon seems to.

In regards to people outside of the queer community, let's be clear here, this isn't a step in the wrong direction. It does feel great to see a cinema full of people watching a movie about gay people presented in a positive light and it's important for audiences from all walks of life to be exposed to the 'correct' and 'acceptable' way to treat people in the queer community in this day and age.

Accurate representation of this community is extremely important. Although it may seem to some like the fight for equality is over, that's not the case at all. 'Love, Simon' tells one story but it is incredibly important for people around the world to know that his is not the only story. It's 2018 but kids are still being kicked out of home, kids are still being attacked, abused and looked down on by not only their peers but their families, too. They deserve to have their stories told in mainstream cinema.

The story originates from a novel so it wasn't going to stray far from what had already been written, but just a little more of a stark insight into that world and into the darker side of coming out could have worked in the film's (and in that case the book's) favour.

When it comes to how 'Love, Simon' is presented, it deserves praise. The cast and crew concoct and deliver a film that looks and feels pretty great and as long as you are fully aware of the fact that this is only one person's experience among millions, the film is certainly worth seeing.