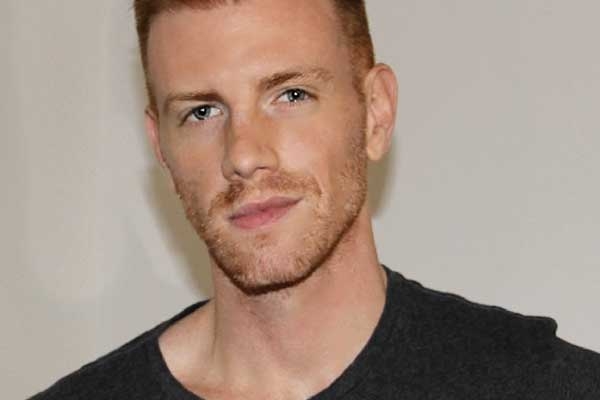 The Walking Dead's Daniel Newman Hopes To Inspire Others

‘The Walking Dead’ star Daniel Newman, who will be appearing at Supanova's Melbourne and Gold Coast events this April, says he sees a little of himself in many of his fans.

“When I was 11-years-old, I started researching the film industry and where productions of TV shows and films would be.

“I would get my friends to drop me off on the sets, so I could crash and pretend to be an extra so I could be on the sets all day. I got to meet a lot of actors and performers and artists, it just inspired me.”


When he started starring in TV shows like ‘The Vampire Diaries’ and ‘The Walking Dead’, Daniel started to notice kids showing the same idolisation for him that he had shown for others in his youth.

“I got so many messages from kids all over the world who would tell me about rough, difficult things they were going through… it really hit me. It was like looking in a mirror at my childhood self.

“I decided to allocate a certain amount of time every day to be there for people.”

While Daniel is a steady replier of tweets and heavily into social media interaction, conventions like Supanova give the actor the opportunity to interact with people in person, especially with the success of ‘The Walking Dead’. “With 'Walking Dead' it’s just mind boggling… people love this show so much globally.”

With a trip this month down under to Supanova, Daniel says he has been in love with Australia since seeing it in a movie when he was 15.

The actor says he “was shocked that so many parts of Melbourne were identical to the little farm town where I grew up and lived most of my life in Georgia [USA]” when he visited to do research for a film a few years ago.

Daniel doesn’t use his fame to only impact people’s lives by interacting with fans. Last year, the Georgia native came out in an extremely public manner on Twitter as well as posting a six-minute video on YouTube.


“It’s definitely the greatest thing that’s happened to me, which is funny because I thought it would be the worst,” he says.

The video went viral and now Daniel has over a million Twitter followers. “I just thought, 'I’ll do this' and made a little video… and suddenly it was on the front of People Magazine and the front of every magazine.”

Daniel has since become a vocal activist and campaigner for LGBT+ rights, particularly in light of new legislation allowing adoption agents to decline same-sex partners from adopting in his home state of Georgia.

He now realises the difference he can make by being vocal about his identity and always tries to be honest with himself and others. “You should be totally honest and proud of who you are because people feel alone and then [when] someone is open, honest and fun and a positive influence, it helps everybody.”

***This story first appeared on our sister site, scenestr.com.au***