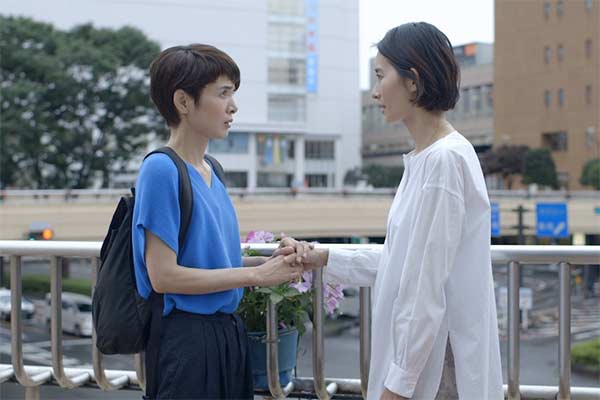 Sydney Film Festival, originally set for August but pushed forward, will be the first major festival to be held in Sydney’s CBD after lifted restrictions.

“This year’s 68th Sydney Film Festival arrives at a historic and celebratory time for the city, as we come together again with people we have desperately missed, and in the places we yearn to return to – cinemas!” Festival Director Nashen Moodley says.

A chunk of the films in this year’s programme offer queer themes.

For example, ‘Paris, 13th District’ – a film turning three graphic novels into a single feature film based in Paris, and traversing themes of sexuality, love and dating.

There’s also ‘Great Freedom’, chronicling the life of LGBTQIA+ man Hans living in post-war Germany, who spends most of his life in prison under Paragraph 175, criminalising homosexuality. Despite this, Hans endeavours to find love, eventually developing a bond with a fellow prisoner.

‘Swan Song’ sees larger-than-life gay man and ex-hairdresser Pat breaking out of his retirement home to walk across his small Ohio town and style a dead woman’s hair for her funeral.

A female-driven anthology of three short films, ‘Wheel Of Fortune And Fantasy’ features stories about the complexities of relationships, told through coincidences that happen in the lives of women in love. There’s an unexpected love triangle, a failed seduction trap, and a case of mistaken identity.

Paris, 13th District
Great Freedom
Anais In Love
Moffie
Flee
Swan Song
Why Not You
My Best Part
Wheel Of Fortune And Fantasy