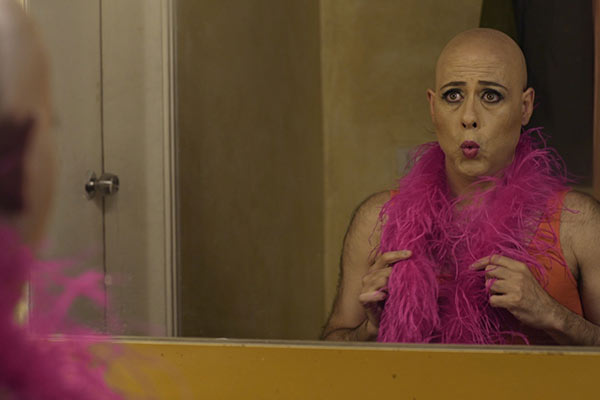 In 2021, 38 films from 25 Asia Pacific countries and areas are nominated for the Asia Pacific Screen Awards (APSA).

Actors Leah Purcell, Essie Davis and Caleb Landry Jones are among those nominated, along with Australian feature ‘When Pomegranates Howl’.

Winners will be determined by the APSA International Jury and announced at the 14th APSA Ceremony this November, taking place at the Gold Coast and streamed across the globe.

Leah Purcell is nominated for Best Performance By An Actress thanks to her role in ‘The Drover’s Wife The Legend Of Molly Johnson’, which Leah also wrote and directed. Essie Davis is nominated for her role in Gaysorn Thavat’s ‘The Justice Of Bunny King’. Both films are screening as part of Brisbane International Film Festival and Sydney Film Festival ahead of their cinematic release.

Caleb Landry Jones picks up a nomination for his role in ‘Nitram’. He was awarded the Cannes Best Actor for this role. Caleb vies with Iran’s Amir Jadidi for ‘A Hero’, and two actors from Georgia – Levan Tediashvili (‘Brighton 4th’) and Merab Ninidze (‘House Arrest’). Completing the category is Japan’s Hidetoshi Nishijima for ‘Drive My Car’.

Iranian-Australian Granaz Moussavi’s ‘When Pomegranates Howl’ is nominated for Best Youth Feature Film. It’s shot in the streets of Kabul in Afghanistan, and follows a nine-year-old boy dreaming of stardom. The significance of this work is brought into sharp focus following recent events.

The film has been selected as Australia’s official submission for the Best International Feature Film at the 2022 Academy Awards.

“I’m very excited and honoured to be nominated for the APSA Youth Feature Film Award, and am hoping that my film will find a wider audiences who will relate to the plight of children stuck in adult wars,” Granaz Moussavi says.

Moussavi is one of three women directors nominated in this category. She joins Yoon Dan-bi for ‘Moving On’, and Saudi filmmaker Shahad Ameen for ‘Scales’.

“The APSAs set a high bar for celebration of cultural diversity and cinematic excellence which is why, as an Australian-based organisation, it is so exciting to see so many Australians, and Australian productions, among the nominees,” Asia Pacific Screen Academy Chair Tracey Vieira says.

Also nominated this year, in the Best Documentary Feature Film category, is Eliane Raheb’s ‘Miguel’s War’. ‘Miguel’s War’ is a multi-layered piece, telling of a gay man who confronts the ghosts of his past and explores hidden longings, unrequited love and tormenting feelings of guilt.

Miguel, born in 1963, is compelled to flee from his family after numerous conflicts over his national, religious and sexual identity. He flees to Spain where he lives an openly gay existence, full of excess and sexual taboo. Then, he returns to Lebanon.

There will also be winners announced in three APSA special categories. . . the Cultural Diversity Awards, the Young Cinema Award, and the award for Contribution To Asia Pacific Cinema.

The third Asia Pacific Screen Forum is open for worldwide registration, and will honour cinematic excellence, inspire new connections, and generate discussions and new models for filmmaking across Asia Pacific. It’s a physical and streamed event with the theme ‘The Influence Of Production On Story’. This theme will be explored through a series of panels, in-conversations and case studies. It’s open to the screen industry and featuring APSA Jury, nominees and Academy Members.