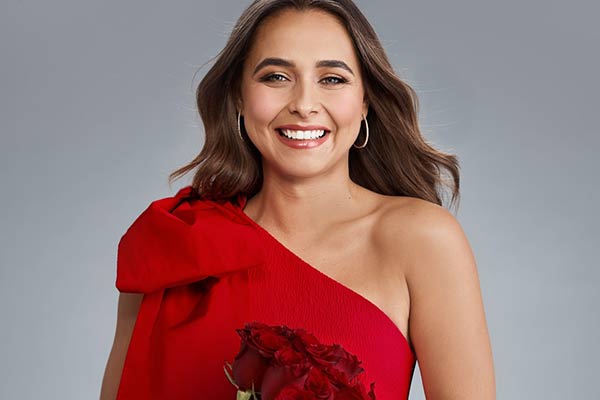 Channel Ten will this year air a new season of ‘The Bachelorette’, with – for the first time – a queer, Indigenous woman on the search for love.

Brooke Blurton (who previously appeared as a contestant on a season of ‘The Bachelor’) will take centre stage in the reality show, making history and contributing to the positive shift in representation on our screens.

When she competed in ‘The Bachelor’ for the affections of former professional rugby union player Nick ‘Honey Badger’ Cummins, the revelation of her previous relationships with other women was teased in ads leading up to its episode as a ‘bombshell’, sparking anger throughout the queer community for queer-baiting and portraying same-sex relationships negatively.

Now, it’s good to see the narrative turned around a few years later, and that same queer, Indigenous woman will be the one looking for love, and from a selection of both male and female potential suitors.

“Times have definitely evolved and changed,” Brooke tells ABC Radio Melbourne. “Obviously I have a cultural background and I'm really proud of that [but] I do know that I don't represent every single person, as every person's experience is so different.”

"But I do represent a minority group that I'm really really proud of and I'm so excited at the fact that we'll see that representation.”

‘The Bachelorette’ is coming soon to Channel Ten.