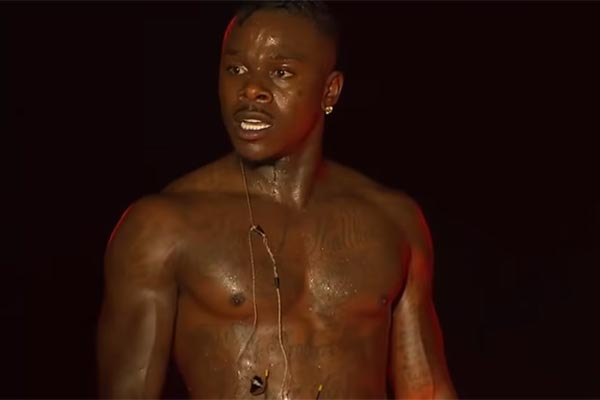 Rapper DaBaby Called Out For Homophobic Comments At Festival Performance

American rapper DaBaby, known for tracks ‘Rockstar’ and ‘Suge’, has been the centre of controversy this week after comments he made during his set at Rolling Loud Festival in Miami (25 July).

Between songs, the rapper addressed the audience, saying “if you didn’t show up today with HIV, AIDS, any of them (sic) deadly sexually transmitted diseases that make you die in two, three weeks, put your cellphone light up,” also asking men who don’t give oral sex to other men to do the same.

In the days since, outrage has spread online as a result of these comments. DaBaby has responded in a few ways, including posts to his story on Instagram, where he assured followers that he was taken out of context, and that both straight and gay fans were in attendance at the festival set.

But his comments on AIDS only got worse.

“My gay fans, they don’t got AIDS, they take care of they self (sic),” he said on Instagram, continuing on to describe gay people with AIDS as “nasty” and “junkies”.

Naturally, the internet didn’t take this response well. Brands working with DaBaby, such as BooHoo Man, have come forward to publicly drop him from their campaigns, and musicians have used their platform to denounce his words.

Pop star Dua Lipa, who featured DaBaby on her track ‘Levitating’, unfollowed the rapper on social media and said of the situation: “I’m surprised and horrified at DaBaby’s comments. I really don’t recognise this as the person I worked with. I know my fans know where my heart lies and that I stand 100 per cent with the LGBTQ community. We need to come together to fight the stigma and ignorance around HIV/AIDS.”

Meanwhile, Elton John commented on behalf of his AIDS foundation.

“HIV misinformation and homophobia have no place in the music industry. We must break down the stigma around HIV and not spread it. As musicians, it’s our job to bring people together.”

On the other side of the coin, fellow rapper T.I. has shown support for DaBaby, comparing the comments to Lil Nas X’s self-expression as a gay man.

“If Lil Nas X can kick his sh.t in peace. . . so should dababy (sic),” he commented on an Instagram post from The Shade Room.

It seems that DaBaby’s final word on the issue was via Twitter yesterday (28 July).

Anybody who done ever been effected by AIDS/HIV y’all got the right to be upset, what I said was insensitive even though I have no intentions on offending anybody. So my apologies 🙏🏾

So what do you think? Should DaBaby consider apologising in more detail, or was his response sufficient?