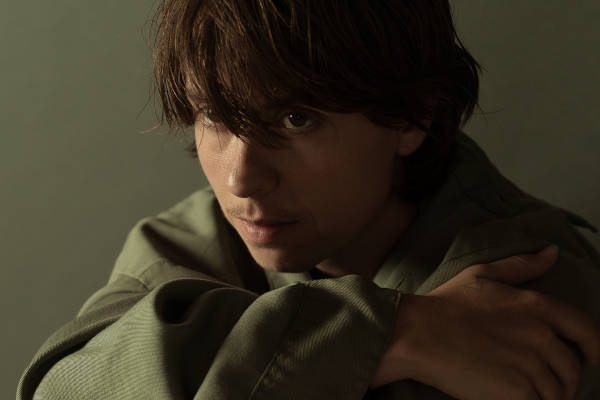 The moniker of American musician Meg Duffy, Hand Habits' next studio album is titled 'Fun House' and is set to be released in October.

The lead single is 'Aquamarine'. "What originally started as a minimally arranged acoustic ballad, 'Aquamarine' evolved into the story of certain events in life, what informs my identity, the silence in the questions left unanswered that become the shape of understanding who I am," Meg says.

"It was my goal to cloak some of the perils of mortality (lyrically) in a musical landscape that didn't require the listener for a large amount of patience, to bring grief into the metaphorical club."

Associated with other acts like The War On Drugs, Weyes Blood and Kevin Morby as a studio musician and live touring member, Duffy used the extra time the pandemic afforded them to pause and process a range of emotions that had been bottled up.

"When the pandemic happened, everything stopped," Duffy recalls. "I had been touring consistently for five years, both on my own and playing in other people's bands, so I wasn't really writing a lot in between.

"It had been full pedal to the metal in terms of travelling and scheduling, which meant I really didn't have a lot of time to think about how I felt or really check in with myself.

"Then, when the world basically stopped, it turned out to be the longest I've been alone in my entire life – without being in a relationship, without being on the road, without working myself to exhaustion – and the result was really like, 'holy sh.t'.

"I slammed on the brakes and everything psychologically that I'd been pushing down and ignoring for the past few years suddenly flew to the foreground."

As Duffy dealt with a range of personal emotions, as time passed they soon began seeding new creative ideas and the structure of 'Fun House' began to emerge. "I felt a massive shift in the way that I was seeing the world and seeing myself, moving through certain emotional patterns and behavioural patterns, and really taking them apart," Duffy says.

Produced by Sasami Ashworth (SASAMI) and engineered by Kyle Thomas (King Tuff), Hand Habits – who was sharing a house in LA with Ashworth and Thomas – began to shift their focus into new areas of creativity back-boned by self-identity.

"Sasami empowered me to take up a lot of different sonic spaces and challenged me to rethink these limitations that I had about my own identity," Hand Habits says.

"I wouldn't allow myself to step into certain roles because of the little box I was putting myself in based on all of these false narratives that I had come to believe about myself.

"I think this also coincides with my trans identity too, because so much of that journey for me has been me really fighting against what I'm not 'allowed' to be."

The 11 tracks that feature on 'Fun House' represent the turning of a corner, a means of processing grief, trauma, and recovery while coming to a deeper understanding of one's own history and what it means to step into your own power.

It's a journey Duffy has taken ably supported by the creative community. "I'm such a collaborative person and that's where I get nourishment from," Duffy explains.

"That's why I'm constantly playing in other people's bands — Perfume Genius, Kevin Morby, Sylvan Esso etc. — and playing on other people's records. It's an open system for me, fresh energy, flow, and perspectives. I enjoy stepping into these other roles and taking direction. This time around, I wanted to have that experience with my own music.

"Also, I think it's good to step back sometimes and question your own process and why you do what you do. The reason I make music is because I'm interested in connecting with people.

"And if you're able to feel moved by it, I'm not thinking that you're so moved by the tragedy of 'my' life or 'my' experience, but it's maybe just that you can relate to the feeling of it.

"You want people to be able to project their own experiences onto this feeling that you're trying to create and communicate. That's the way the spell works.

"In order for other people to feel it, I have to make sure I'm feeling it too. And with these songs, I really do."