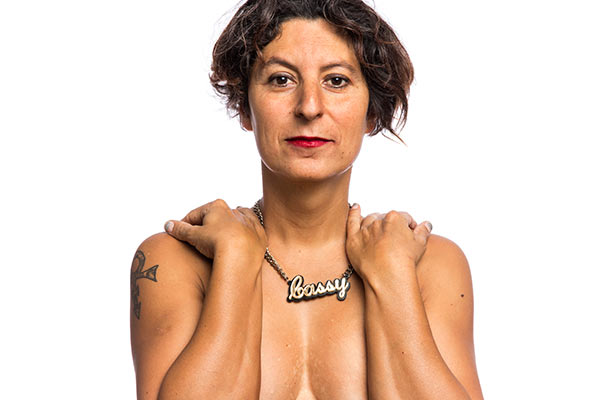 Pop/folk artist Cassy Judy, an artist who loves to work with her community and make an impact, is back with 'Another Piece Of Ass'.

The track, born at Quarterpipe Records in New South Wales, is a COVID-recorded break-up track, filled with over-the-top witticisms and observations about Cassy's 'lack of concern for the impending global botox shortage': “Conversely,” she says, “I am concerned about those trans women whose plans for life-changing, life-affirming surgery have been put on hold due to COVID.”

The lyrics tell a story of a woman realising her expectations were wrong, and accepting the end of a relationship.

A dark yet strangely hopeful chord progression brought to life by a guitar is the foundation of the song, driving the story forward. Every so often, Cassy's descriptive storytelling is amplified by ambient sound effects, and a beautiful string arrangement at the tail end of the track brings it all home.

Though 'Another Piece Of Ass' centres around a break-up, Cassy says the track was written for herself.

“Songs are great ways to heal from painful, messy, turgid and soul-shattering breakups!” she says. “This song was written with the Inner West's very own musical demon, Sam Schroder. Sam has a solid musical sensibility for all genres and if he was a guitar he'd be a Telecaster, a solid power station operating kind of guitar. I added the lyrics and dramatic flair and we had a song.”

FROOTY is super excited to be the ones to premiere 'Another Piece Of Ass' and its music video today. Check it out below. . . Enjoy.

“The women I love are more than just another piece of ass,” she says. “When you love someone, even when they are no longer in your life, a part of you will still, and possibly always love them.

“Then, I didn't want people thinking that I'm a total sap, so I threw in some bawdy and comedic style lines just to keep it interesting.”

Cassy's desire to go all-in on a break-up track was there in spades, but she says something a little more powerful took over during the writing process – her “sweeter and softer bleeding-heart style instincts”. . . Resulting in what we hear today in 'Another Piece Of Ass'.

“We are built for love,” Cassy ponders. “It doesn't always work. It's not like in the movies with a twister sexual subplot. But sometimes being friends is actually fine and nice and decent.”

Cassy is constantly writing about and reflecting on her experience as a transgender lesbian. Check out her previous FROOTY premiere track, 'Too Much East In The Nor'Easter'.

'Another Piece Of Ass' is out officially on 29 August. It's part of Cassy's upcoming EP 'Seven Ways'.