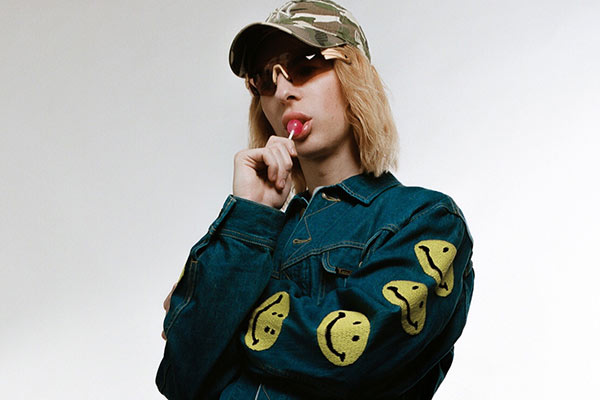 ‘Buttons’ from Sydney producer Donatachi is the latest addition to a collection of sugary sweet releases, each one further cementing them as one to watch.

‘Buttons’ includes Donatachi’s own vocals, and was born in a realm of visually stimulating futuristic technology, all inside a dream state.

“The lyrics and melody for ‘Buttons’ literally came to me in a dream,” Donatachi says. “I was enveloped by walls of tech and surrounded by screens with flashing buttons.”

A genreless musical utopia moves closer and closer on the horizon, and Donatachi continues to stand at the front of this movement – boasting a who’s who of musicians with big dreams and big praise among their collaborators and showing a reverence toward the pop stars of the new millennium as well as modern boundary pushers in the club scene.

The past year has been one of reflection and refinement for the producer.

“I’ve spent so much time to reflecting and reevaluating what Donatachi means to me and to the people that listen to my music. It’s always been about creating a world that’s fresh and in some ways alien, but never alienating. Now more than ever I want my music to feel hopeful and aspirational, like a flash forward into a bright and exciting future.”

To reference an artist Donatachi has toured across Australia with, the future starts now. . . With ‘Buttons’.

‘Buttons’ is out now.