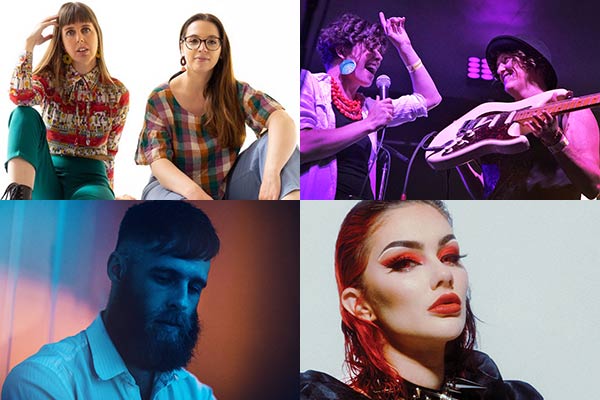 AltFest, a celebration of all things alternative and diverse, will come to life in Marrickville (Sydney) this December.

It’s a festival delivering artists who don’t subscribe to being defined by a single genre of music – instead choosing to blur, and push, artistic and creative boundaries.

First up in the line-up in 2021 is Hussy Hicks, featuring Leesa Gentz’ powerhouse soul vocals and Julz Parker’s revered guitar skills. They’re six studio albums deep, with more than 1,000 live shows under their belts from across Australia and around the world.

Clara Fable likes to explore horror, pop, and things that go bump in the night, with a cheeky and unpredictable performance style channelling Tim Curry, Joan Jett and Lady Gaga.

Sharp guitarist and vocalist Liam Gale is smoky-voiced and nimble-fingered. His folk tunes and blues ballads about love and sex will sway romantics and deviants alike, as he fuses the familiarity of myth and fable with the poetry of his own queer narrative. Expect to be hit in the feels with themes of triumph, tragedy, melodrama and melancholy.

Bathurst duo Smith & Jones is made up of keyboard player/vocalist Abby Smith and guitarist/vocalist Sophie Jones. Some would classify them alt-country, but they’ve never been an act keen on remaining within the confines of any particular genre. The pair have toured extensively and also recently recorded work set to further their sensitivity and skill as songwriters and recording artists.

Tickets for AltFest are on sale now.