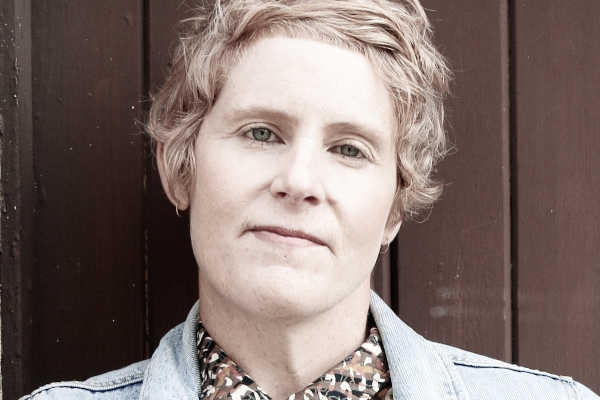 With a career spanning two-plus decades, Brisbane singer-songwriter Kristy Apps is on the verge of releasing her sixth studio album, titled 'Take Heed' (out 4 June).

Kristy recorded 'Take Heed' with Jeff Lovejoy and features some of the 'rockiest moments you've heard from Apps'. "I'm so excited. I can't describe how proud and how much I love this album, and I can't wait to share it with you."

To launch the album, Apps is playing a home-town show (5 June) at Backbone Youth Arts Centre. "I played my first ever festival for Backbone Youth Arts in the year 2000 at The Zoo, so it feels like I've come full circle to be again working with this amazing organisation.

"Backbone is an eclectic space for performance, art, and inclusivity. Join us as we transform this space into a celebration of a musical project that has given me so much in its creation."

I was introduced to William while he was playing a gig with his band at Lefty's Music Hall in Brisbane. I was instantly struck by his commanding presence and then I listened deeper to his lyrics and storytelling and I was completely invested in every word he was singing.

I loved his ability to tell the brutal truth with poetry and strength. I had recently experienced a loss in my life like no other and his music gave me the courage to write about it.

I wrote it sitting on a beach on Minjerribah with this record playing on my speaker and it felt like he was sitting next to me saying: "There's beauty in this pain, you can go there." The song's called 'Sword' and it's the last track on the record.

I have loved Jen Cloher's music for many years. I've seen her play multiple times and have even had the pleasure of sharing a stage with her.

This album was particularly pertinent for me while I was writing this record; it seemed we had taken a similar detour moving from a folkier style into embracing our inner rock power. This album was reinforcing for me, it gave me courage to change things up and release something different to my previous records.

Jen is an inspiring person in many regards but the song writing on this album is phenomenal and inspired me to play with different tones on my electric and get down and dirty.

Watching this band play live is something that words can't really describe. Those moments at a live show where time just stops and all that matters is the connection between you and the music. That's how I feel listening to them.

To me, this record has an absolute unapologetic strength. Cash's voice is so unique and mesmerising, and the band fill the space with a landscape of sounds. It feels very visual to me when I listen to it. I love everything about it; in fact, when we were mixing my record I bought this album in and we used it as a reference point.

I wrote half of this album travelling around Europe listening predominantly to this record. It rolls like a train and inspired my tracks 'Train To Hanover' and 'In This Town'. I explored different tones in my voice, which was really fun to play around with.

When you've been writing music for so long, finding albums that inspire you, push yourself to try new things can reinvigorate your creative style. I also have to confess that I was obsessed with 'Friday Night Lights' (which was inspiration for 'In This Town') and the Heartless Bastards were the soundtrack for that show. When I rehearse with the band and start to slow things down a bit, they can tell I've been listening to this record.

My mate Craig Spann got me onto this band and I have been forever grateful. They have such an amazing way to write about social justice and politics through insightful storytelling. You are drawn into every word, which can be difficult when you are rocking along to some of the best guitar sounds you have ever heard.

This record has heart and soul with a country twang that leaves you feeling uplifted. It inspired me to reconnect with my political views; when I was writing 'Tit 4 Tat', they were very much in my spirit.


This story originally appeared on our sister site, scenestr.