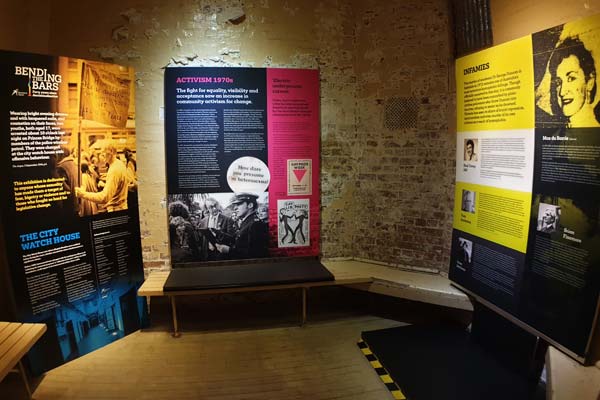 Bending The Bars Exhibition – 40 Years Since Decriminalising Homosexuality In Victoria

The powerful Bending The Bars exhibition currently on display at Old Melbourne Gaol highlights and tells the story of the fight for equality, reflecting on darker times when homosexuality was illegal in Victoria, and celebrating the actions that led to a historic law reform overturning this.

Curated by Andrew Gaynor and the National Trust Of Australia (Victoria), it aims to be a step back in time for those both there to experience the movement and those wanting to learn more about queer history in Australia, and what it has taken to get here.

It's a combination of text, images and artworks combined to reveal a life-affirming history, sharing stories of the key participants who created legislative change in 1981.

Tell us a little bit about this exhibition.
Bending The Bars: 40 years since decriminalisation, celebrates the 40th anniversary of the decriminalisation of homosexuality in Victoria. The choice of the City Watch House as the venue is apt due to the building’s vexed history as a place of detention for those charged within Melbourne’s CBD under discriminatory laws based on sexuality. Bending The Bars combines text, image and original artworks to weave an engrossing narrative that focuses on the many positive aspects of the battle from the 1960s until today. Importantly, the exhibition also gives weight to darker episodes so, inevitably, there’s a strong emotional pull within the narrative as well.

As curator, what is your main task in putting it together?
A curator’s job is shaped like a wheel with multiple spokes. One wheel is research; another is locating artworks and images; a third may be establishing contacts and conducting interviews; and a fourth is the writing of the complete narrative so that the interlinking stories have meaning for the audience. These tasks, and others, all had their part in curating Bending The Bars. 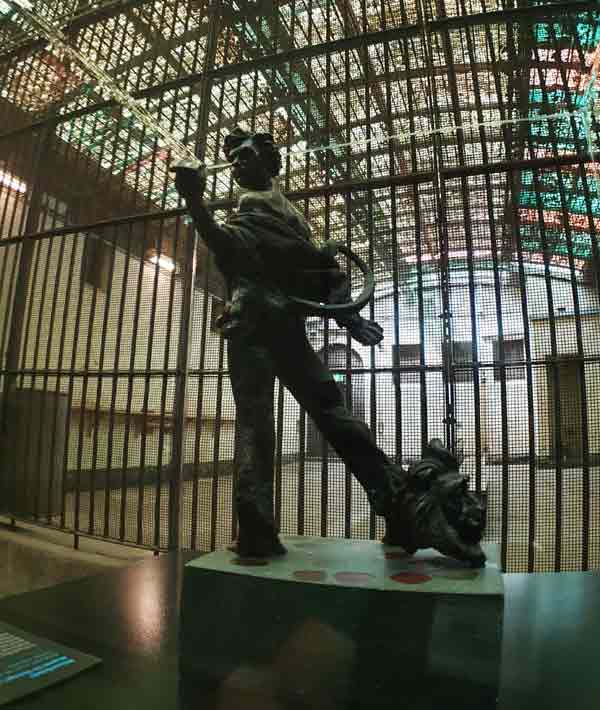 And what has it been like to curate it?
Illuminating and inspirational – and a lot of fun too. As a freelance curator, success relies heavily on those who are in assisting or support roles. In this regard, the National Trust’s team has been wonderful to work with, truly. A huge constraint was the fact the show was commissioned during ‘Lockdown One’ and continued through the crawl of the next months too. Even with this added burden, there were so many highlights and discoveries that made it all worthwhile. A particular one was encountering the fascinating collection of the Australian Queer Archives (AquA).

Why do you think it's important to commemorate this?
After 40 years, it is easy to forget the battles that needed to be fought to attain the openness of life now available for the LGBTQIA+ audience. Younger members of that community need to be reminded of such stories, lest they take things for granted. It also allows for otherwise unsung heroes of the struggle to be given centre stage for their efforts. Further, for those not of the community, the show allows for reflection on the appalling discrimination of the past that was committed under the name of those of their forebears, whether directly or not.

What's the most important lesson to be learnt from this exhibition?
This is our shared past and present. ‘Hero’ is an over-used word these days, but this show is full of them, and across all genders. 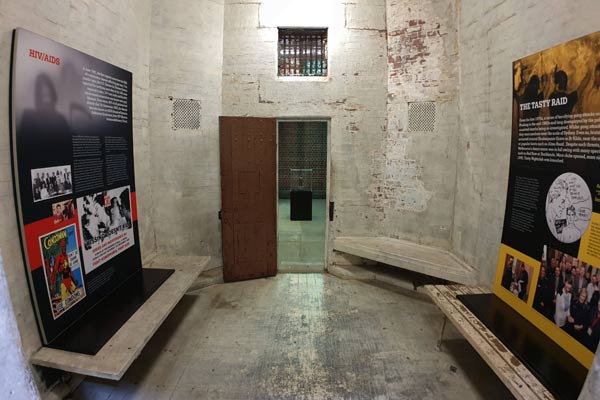 Do you have any personal connection/relationship with the content in the exhibition?
I grew up in Sydney and my early 20s had the appalling gay beat violence and murder as a sinister backdrop. I had a number of friends in the community and knew well of these acts. Equally challenging was watching as some of these friends die from HIV/AIDS. Although the violence and effects of disease has thankfully lessened over time, similar experiences of friendship followed me to Western Australia when I relocated in the late 1980s, and then in Melbourne from 1999. A number of these friends and colleagues are directly cited within Bending The Bars.

What effect are you hoping it will have on attendees?
As stated, my big hope is that the younger generation of LGBTQIA+ people (in particular) leave with a better understanding and celebration of their history; and a new appreciation of those before them who did the hard yards on their behalf.

Bending The Bars is currently on display at Old Melbourne Gaol until 17 May.