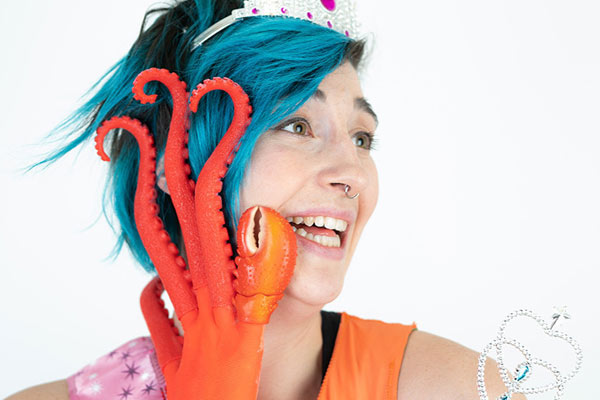 Open Letter From Grumms – Something In The Water

Self-proclaimed Canadian queer theatre artist, clown and puppeteer Grumms has been stuck in Australia since COVID – but that makes them special, because they're one of the very few international performers at the 2021 Adelaide Fringe.

Grumms will present 'Something In The Water', a combination of video projections, puppetry and physical comedy, as part of the festival.

It's a celebration of the 'not normal', parodying masculinity and femininity and showing off just how absurd rigid gender binaries can be.

Before the show, Grumms has penned an open letter to their 'female' selves over the years – which is essentially what they did to prepare and construct 'Something In The Water', too.

"Making a show like 'Something In The Water', took a lot of looking back on my life, my childhood, and who I grew up to be. These trips down memory lane often bring up some realisations, and, to steal a phrase from a dear friend, some of these realisations are like feathers, while others are anvils.

A few years into my transgender journey, I can finally look back on it with a little tenderness, and love for the girl I thought I was.

And I think about all the things I could say to that little queer weirdo, whose first words were “tah-dah!” (I was born for the stage!).

So here it is: An Open Letter To My 'Female' Selves.

Hey Lil’ Grumms.
Big Grumms here.
I’m not gonna give you a bunch of preachy advice or tell you just to 'be yourself' sounding so much like your Catholic School teachers.
Because knowing you, you’ll just roll your eyes at me anyways.
(Adults, am I right?)
Plus, you’re pretty damn good at being yourself – which is probably why you got bullied.
It’s the loving yourself that’s the tricky part.

Hey, Puberty Grumms.
So you’re dressed up as Ginny for the midnight launch of 'Harry Potter And The Order of Phoenix', but everyone keeps thinking you’re Ron? Can’t they tell you’re wearing a skirt?!
Trust me when I say, you’re going to one day WISH people mistook you for a sir.
Okay, yes, you can admit now that getting a pixie cut at ten years old was a bad idea.
You don’t know how to style it and just end up looking like Wolverine.
(But hey, the 'X-Men' movies just came out and Wolverine is SUPER in right now).
I get that it’s the only way to deal with your changing body.
And be nicer to your mum, okay. 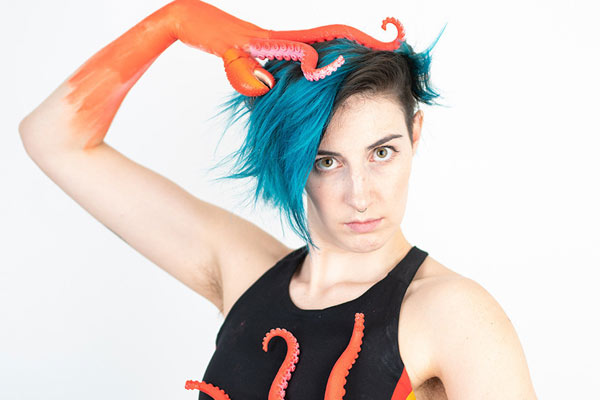 High School Grumms.
So all your friends are getting dolled up for the Winter Formal, and standing next to them you feel like a Sasquatch in a dress.
You’re too big, and gangly, and wearing a push-up bra that promises to give you two extra cup sizes, just so that your strapless coral pink mini dress won’t fall down.
Just remember: this is just a costume.
You can wax off every hair on your body until you’re dolphin-smooth, but it won’t make those feelings go away.
Your little mullet that you get made fun of for?
Don’t worry. It’ll come back into style.
So will your bushy eyebrows and fat ass.
(and okay, I’m sorry but you never really grow into those limbs).

Grumms circa 2018.
Ok, acting school’s a bummer.
Don’t blame yourself for your directors wanting you to walk quieter, as you gracefully try and carry a table in high-heels. This set’s not gonna change itself.
You’re not ruining their 'vision'. Their vision is far too narrow.
But those weird feelings that you’ve been having recently?
Trust them. Honour them. Share them with someone you trust.
Being a they/them isn’t as scary as it is in your head. 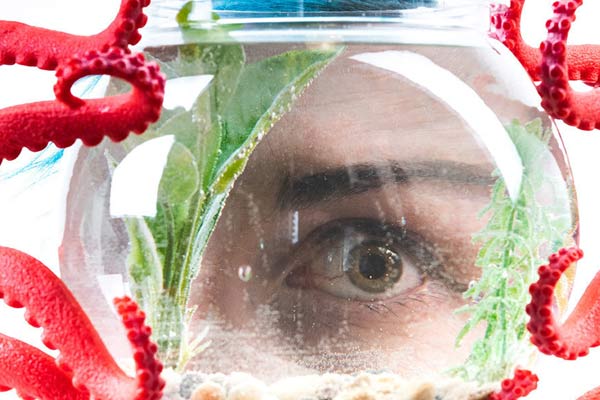 Oh Lil’ Grumms.
I wish growing up wasn’t so hard for you.
You’re just doing the best you can, with what you have.
But I want you to know:
That part of you that feels like you’ll never be a complete woman.
That feels like there’s something missing.

But you are complete.
You’re just something else entirely.
Something called a 'Grumms'
Something the world isn’t ready for (and maybe will never be ready for).
Something you don’t understand.
But I promise, one day you will.
And it will feel good.
And you will transform.
Tah-dah.”

'Something In The Water' plays Black Box Theatre at Adelaide Botanic Garden (Adelaide Fringe) from 2-21 March.