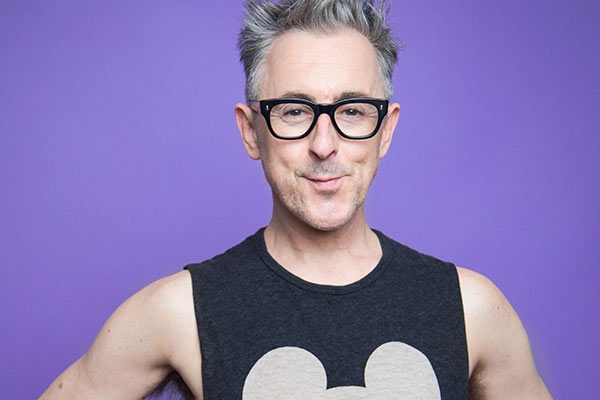 To say Alan’s had a diverse career would be a criminal understatement – he’s performed in concert halls across the globe, played a ‘James Bond’ baddie, God, the Devil, Hitler, the Pope, a teleporting superhero, all the parts in ‘Macbeth’, a Smurf (twice), the MC in ‘Cabaret’ (three times) and Eli Gold in ‘The Good Wife’, a role which earned him multiple Golden Globe, SAG and Emmy nominations.

Alan has also received more than 40 awards as a result of his humanitarianism and social activism, including an OBE from the Queen. If you want some quick proof of the man’s versatility, you need only glance at his back-to-back films with Stanley Kubrick (‘Eyes Wide Shut’) and the Spice Girls (‘Spice World’). He’s put pen to paper five times with ‘Tommy’s Tale’, ‘Not My Father’s Son: A Memoir’, ‘You Gotta Get Bigger Dreams: My Life In Stories And Pictures’, and two children’s books ‘The Adventures Of Honey & Leon’ and ‘Honey & Leon Take The High Road’.

Keep your eyes peeled for his next memoir ‘Baggage: Tales From A Fully Packed Life’ in October 2021.

Tickets are on sale 19 May.