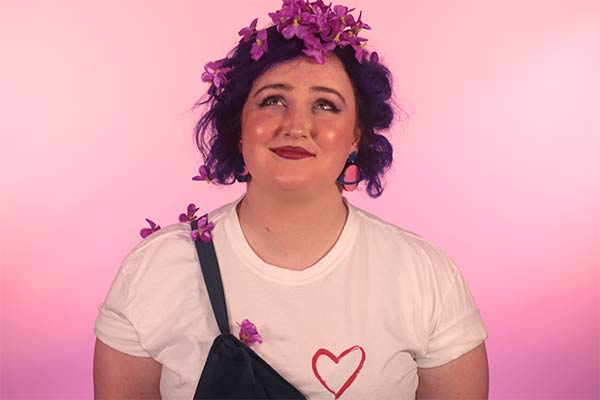 Violet-Crowned – Presenting Portraits Of Queer Womanhood At MELT In Brisbane

Three women who love women will rediscover the poetry of an ancestor and search for meaning in the telling and re-telling of their love stories in Magnetic North Theatre Company's 'Violet-Crowned'.

The piece, playing as part of Brisbane's MELT Festival Of Queer Arts And Culture, is a hybrid of historical appreciation and 'modern gay nonsense', following Magnetic North's tradition of blending classic with contemporary in order to convey relevant and important messaging for a present-day audience.

'Violet-Crowned' is as much about who we love as it is about how we love them.

To tell us more about the show and what MELT audiences can expect, we have a chat with Magnetic North Artistic Director and Director for 'Violet-Crowned', Artemis Green.

For those unfamiliar with Magnetic North Theatre Company, tell us a bit about it.
Magnetic North Theatre Company was formed in 2014 as somewhere for people of marginalised backgrounds (specifically people navigating the world in queer, mentally ill and disabled bodies) to tell stories that are often ignored in favour of those less complicated and more familiar. Our devising practice takes our experiences and makes them accessible to a wider audience, while retaining all the beauty of our divergence from the norm. We’ve made one to two new works every year including the award-winning 'Cassandra And The Boy Doll', highly acclaimed #metoo response 'Medusa', and the audience-sourced verbatim piece 'Letters I Never Sent'. We are a powerful little group that specialises in blending classic texts with contemporary themes, and performing in non-traditional venues. Our style is conversational and accessible, with a focus on creating ‘art without artifice’. We have a particular interest in building the play’s world into a niche space using digital media and/or pieces of art installation: in our 2019 season of 'Puck', one character existed only in projection, and our 2018 offering at MELT included a bespoke crucifix-shaped stage that appeared to sit on a mountain of paper cranes. Our very particular style of heavy, niche themes explored in a carefully-articulated performance space is a product of our core team: artistic director Artemis Green and production manager Tiff Lane. Both belonging to marginalised communities ourselves, we believe that if we’re telling stories about vulnerable people, we owe those stories authenticity and a loving touch. This means we often cast inexperienced people who are passionate about telling their ‘own’ story. The title character in 'Cassandra And The Boy Doll' is a young trans woman: it was imperative to us that we cast a trans woman in that role, regardless of her previous acting experience. Our bodies and lives as queer people, as people with disabilities and experience of poverty are othered by spaces and narratives that don’t have room for us. When we do get the chance to speak for ourselves, it would be a crime to waste it. For us, a diverse cast and team isn’t a gimmick or a token gesture; it’s who we are, the stories we tell, and the lens through which we view the world.

And what will Magnetic North be presenting at Brisbane Powerhouse?
'Violet-Crowned' follows three queer women who are in love with ‘their Violet’ aka their perfect female partner. Each character has to wrestle with their identity through their relationship to ‘Violet’ and the rest of the world. For Rosie (Brodie Shelley), this is her first female partner after many years of dating men. Zinnia (Ebony Webb) finds her Violet’s modest and unassuming identity at odds with her own ‘out and proud’ personality, and Clover (Nat Baker) struggles with being typecast as a ‘pseudo man’ instead of being celebrated as a butch lesbian. Sappho (Miranda Sparks) is the Agony Aunt they seek out, answering their questions with fragments of her own writing and quotes from other ‘sapphic’ authors such as Virginia Woolf, Pat Parker and Anais Nin. We are interested in exploring ‘queer’ not only as an identity, but also as a culture and a way of life. Through 'Violet-Crowned', we explore what it means to a part of a community that has to search out its own history and meaning. We have been erased from every library, church and cemetery; our stories aren’t passed through bloodlines. Each generation needs to re-discover the same stories and grapple with the same questions. What does it mean to live and love ‘queerly’? What is the nature of feminine love? Is it soft, like it’s so often shown, or is that just the most comfortable expression? Perhaps it’s easier to say a girl makes us melt than that she makes us horny. How do we love women truthfully, nourishingly, deeply without falling into the same traps of violence, exploitation, objectification that so many men who love women have? This show is built by young queer women who know that we don’t always have the answers, but we definitely have a lot of feelings about it. We present three different portraits of queer womanhood in 2021 and play with the words of a poet who feels like an ancestor to us. Exploring the works of Sappho is a chance to connect to our history and celebrate it. If Sappho is the patron saint of lesbians, maybe every sapphic author has been writing with and through her spirit. 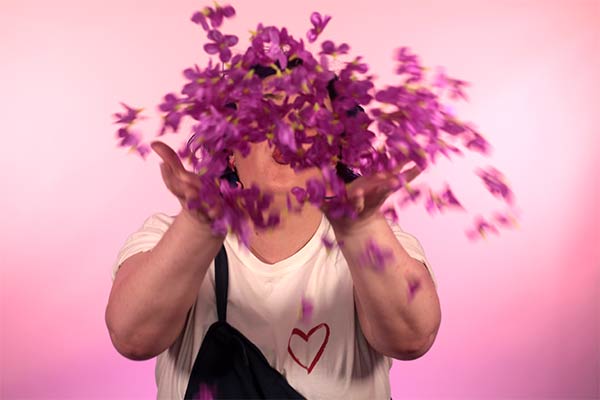 How have you combined history with ‘modern gay nonsense’ in the show?
When we read some of these historic queer writers, it became clear that we have lived some of the same stories over and over again – from being too gay to deal with the beautiful woman in your proximity like Sappho wrote, to being silently excluded from family like Pat Parker talks about, and even, as Virginia Woolf did, questioning your worth as a person. We resonate with these stories because they’re ours. We took those words and gave them to Sappho to respond to the characters seeking advice. It makes a lovely mixtape or scrapbook of different writing styles interwoven with modern monologue style.

What do you appreciate most about MELT as a festival?
This is our third year in the festival, and we’re absolutely chuffed to be invited back because we love having a space that’s dedicated to telling stories about who we are. Something magical happens when you put a bunch of queer people in the one space: we create an atmosphere that is louder, more vibrant, more welcoming and shinier than anywhere else.

Why do you think it’s important to tell this story in 2021?
Being young and queer in a violent time can mean that we close ranks and become spartan in our community building in order to survive. When queer people are still dying at disproportionate rates, when organisations for our safety have to close due to lack of funding, when lockdown stops us from making the found families endemic to our sur-thriv-al, it can feel like our opportunities to connect and bolster each other close too. 'Violet-Crowned' explores one of the oldest ways that young queer people have built connection and confidence; storytelling about the joy, fear, exhilaration of loving and being loved. It’s a show about women who love women, by women who love women, and who have a dedicated point of view to share with the world. By casting Sappho in the role of an ancestor or patron saint, 'Violet-Crowned' offers a new fulcrum on which our queer disillusion can turn: we are not alone, and not invisible. 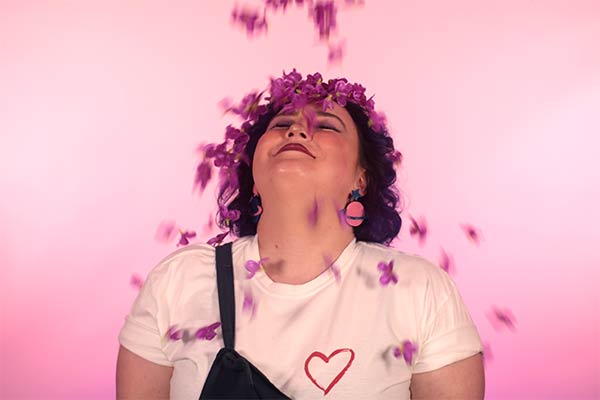 What is your favourite part about putting a show like this one together?
I have a particular love for works that sample old stories and texts so researching and weaving together this story was a lot of fun. Once we got to the rehearsal room though, there were many moments I couldn’t breathe for laughing or had some genuine tears – the actors we have fit their characters so well and have such truthful parts of themselves to offer that making this show has been a delight. It’s warmer, softer and more based in narrative than any of our other works and that makes for a very satisfying rehearsal process. Something I’ll take away from this process is the solidarity I now feel stretching across time with women who loved women, who cried and laughed and found peace with each other just like we do now.

'Violet-Crowned' plays Brisbane Powerhouse 20-22 May as part of MELT Festival.