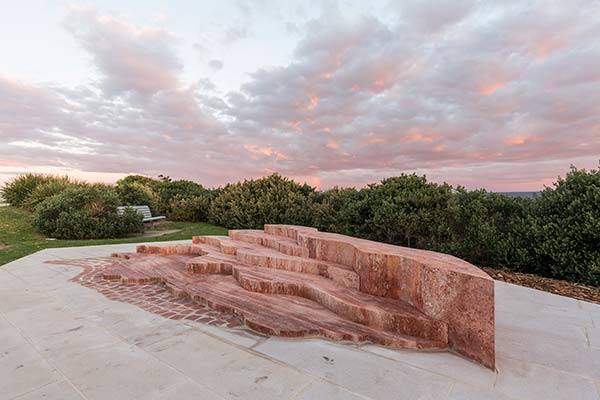 Bondi Memorial To Victims Of LGBTQ Hate And Violence Unveiled

The Bondi Memorial – a public artwork dedicated to victims and survivors of LGBTQ hate and violence – has been installed at Marks Park in Tamarama.

The project to honour those targeted in homophobic and transphobic attacks in Sydney from the 1970s-1990s has been in the works since 2015 between AIDS Council Of NSW (ACON) and Waverley Council.

“For decades, our communities have endured the pain and trauma of these horrific acts of violence,” ACON CEO Nicolas Parkhill says. “We know that many gay men and trans women were killed, tortured or assaulted across Sydney, including along the city’s coastline and eastern suburbs. These events have left a sorrowful legacy that continues to be felt today.” 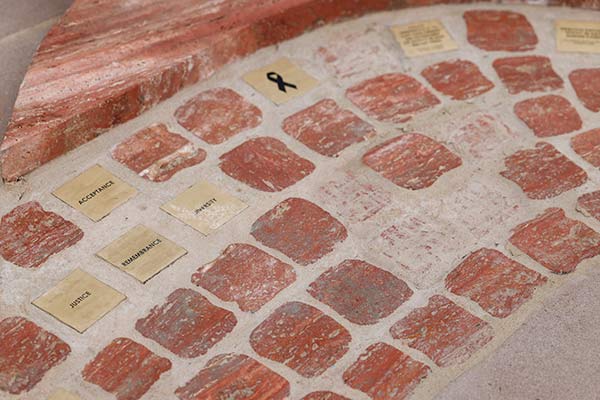 “This memorial will serve as a monument to the victims and survivors and help heal the trauma these events have caused for their families and loved ones, as well as broader LGBTQ communities and many local residents.”

The artwork is located in an area of natural amphitheatre on the south-western side of the park. The arrangement was informed by the strata of the cliffs that descend toward the ocean, but reimagined as a staircase flipped to ascend toward the horizon. A series of plaques honouring the lives lost and reflecting moments in the community’s pursuit of healing truth and justice are embedded in the work.

The Bondi Memorial has been made possible with a $100,000 contribution from Waverley Council, donations from LGBTQ people and supporters via ACON’s community fundraising drive, and a gift of $64,000 from Stephen Heasley and Andrew Borg. 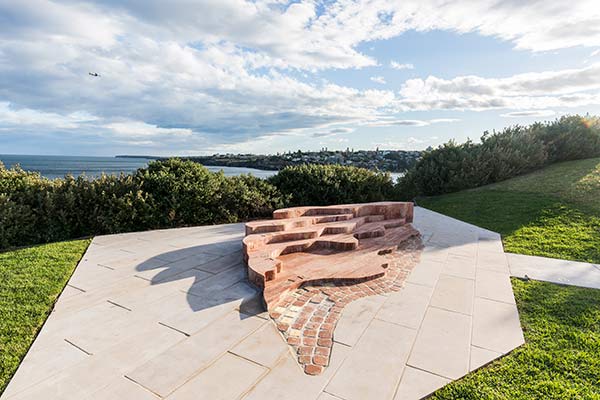 “I am honoured to have been a part of such a profoundly meaningful project and to have worked alongside ACON to make it a reality,” Waverley Mayor Paula Masselos says.

“I’m pleased to see that this contribution has helped to build a monument that not only shines a light on the impacts of prejudice and discrimination, but also underscores the importance of celebrating diversity in the society,” Stephen Heasley says.

“It is a great honour to assist in the creation of this public artwork which commemorates the past and stands as a beacon for healing, unity, progress and inclusion,” Andrew Borg adds.