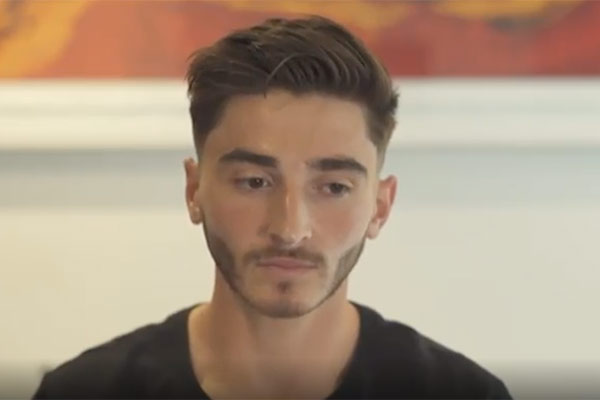 “All I want to do is play football and be treated equally,” Josh said in a video posted to his Instagram.

Josh’s announcement makes him the only openly gay, currently playing professional footballer in the world – a figure Josh says is “astonishing”.

A recent South Australia study found that 39.7 per cent of survey participants in the LGBT community, compared to 15.7 per cent of heterosexual participants, felt unsafe or vulnerable in a sporting environment as a result of their gender identification or sexuality – showing there’s plenty of work to do to turn these figures around, and Josh’s revelation to the world might just be the thing that kickstarts this work.

“I know there are other players living in silence. I want to help change this, to show that everyone is welcome in the game of football, and deserver the right to be their authentic self,” Josh says.

“I hope that in sharing who I am, I can show others who identify as LGBTQ+ that they are welcome in the football community.”

With this, Josh now joins a small group of out players around the world – most of whom came out only after they had retired. It’s another historic moment in sport, one sure to have a positive domino effect and hopefully encourage current players who are queer to live their authentic selves, and current players who are heterosexual to welcome that with open arms.