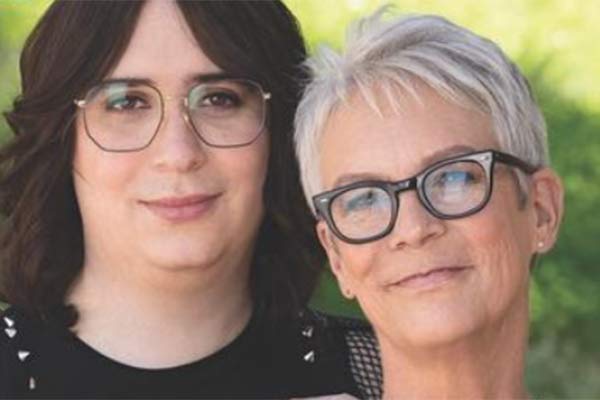 Jamie Lee Curtis On Educating Herself And Supporting Her Transgender Daughter

Earlier this year, Hollywood actress Jamie Lee Curtis revealed that her daughter is transgender. Now, in an interview with People Magazine, the star has opened up even more.

In the interview, Jamie explains how there were tears involved when her daughter Ruby, known previously as Thomas, told Jamie and her husband Christopher Guest.

Jamie (who was joined by Ruby for the interview) says she’s aware that there are things she needs to learn.

“It's speaking a new language,” she says. “It's learning new terminology and words. I am new at it. I am not someone who is pretending to know much about it. And I'm going to blow it, I'm going to make mistakes. I would like to try to avoid making big mistakes.”

Jamie says the biggest challenge of the revelation has been referring to Ruby by her new name.

“That was, of course, the hardest thing,” she says. “Just the regularity of the word.”

“The name that you'd given a child. That you've been saying their whole life. And so, of course, at first that was the challenge. Then the pronoun. My husband and I still slip occasionally.

'You slow your speech down a little. You become a little more mindful about what you're saying. How you're saying it. You still mess up, I've messed up today twice. We're human.”

Jamie first spoke about Ruby’s coming out in an interview with AARP Magazine back in July. She told the publication that she would officiate Ruby and her fiancé’s wedding next year.

She also spoke about the concept of gender being an ‘old idea’ – instead embracing the fact that life is a ‘constant metamorphosis’.

In the People interview, Jamie felt it important to mention that the main reason for the interview was that she was telling her story.

“I'm simply saying, ‘This is our family's experience.’ I am here to support Ruby. That is my job.”

“Me coming out has nothing to do with my mom being famous," Ruby says in the People story. "I’ve tried to stay out of the spotlight for many years, or at least done my best to. I’m happy to be more visible if it helps others.”