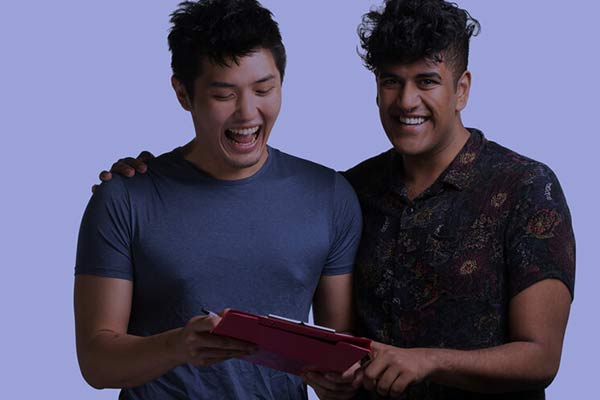 AIDS Council Of NSW is calling on Asian gay men and men who have sex with men in NSW to participate in a survey which will contribute vital research into their sexual health and wellbeing.

The Gay Asian Men’s Survey 2021 (GAMS) aims to collect responses from gay, bisexual and queer men (both cis and trans) with an Asian background on a range of issues including HIV and sexual health, sexual practices, relationships and more.

This data will inform programmes which improve the health and wellbeing of Asian men in LGBTQ communities.

“As we observe declines in rates of HIV transmission and other improvements in sexual health generally across men in our communities, these are unfortunately not being reflected as well amongst overseas-born gay men, particularly from Asian backgrounds,” ACON CEO Nicolas Parkhill says.

“We know that from NSW Health HIV data over the past few years that men in our communities with an Asian background continue to face barriers to appropriate HIV prevention messaging, treatment and care.”

This year’s GAMS aims to gather information about HIV, sexual health, as well as behaviours on HIV and STI testing and treatment.

GAMS is for men (cis and trans) aged 18 years or older who have had sex with other men in the past five years, are currently living in NSW, and identify as having an Asian background. The survey will be conducted online and is available in four languages including English, Chinese (simplified), Chinese (traditional) and Thai. Completion of the survey also gives you the chance to win one of ten $100 VISA gift cards.