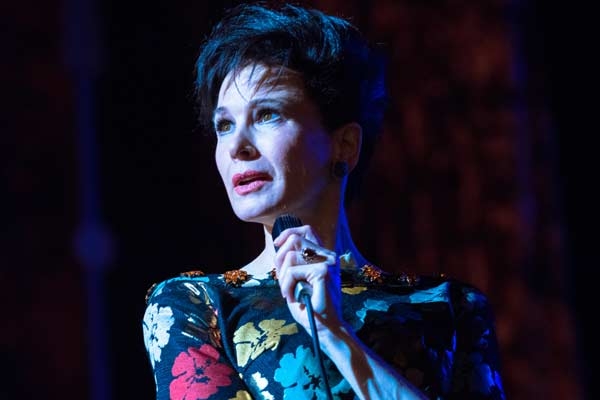 It felt fitting to open this review with the one word I uttered as the credits began to roll for 'Judy'.

Renée Zellweger has transformed herself to play Judy Garland, in every possible way one can transform. This is a triumph for the actress, and the Oscar buzz is warranted. She deeply commits to this role. Every moment she's on screen, it's beautiful to witness, as the nuances – both subtle and more obvious – are there. There's a real sadness in her eyes when she is sad. There's a glow about her when she's genuinely happy. These small things can sometimes, believe it or not, be missed in an actor's performance. But not here. What a moment for Renée's (already impressive) career.

The film is a look at the last year or so of Judy Garland's life. There are themes of loneliness, drug addiction, alcoholism, and broken families. . . All things Judy Garland struggled with. They're explored further in some tragic but expertly-timed flashbacks.

Darci Shaw plays young Judy. She's phenomenal. These scenes play out at times when they're least expected in the film, which takes away the potential for them to be tacky. Instead, they give audiences who may not be 100 per cent familiar with Judy's past insight into how she was treated as a young actress. It's only a brief look but it's all that is necessary to paint a picture. Judy was made to fast, and take drugs, in order to be in tip-top shape whenever the cameras were rolling. Eventually, thanks to her incredibly busy career, she found herself exercising these habits around the clock, which took its toll on her personal life and reared its ugly head in many instances. To say the woman had a tumultuous time on earth would be a colossal understatement.

Nothing is sugar-coated in this sense in 'Judy'. But by that same token, Judy's personal struggles are also not over-dramatised. . . They're just real. It's about bearing witness to a damaged woman who encountered real trauma from a young age, and the effects that trauma had on her as she grew. Scenes between young Judy and Louis B. Mayer (Richard Cordery is terrifying here) are particularly disturbing.

Each song is Renée's own voice, too. Judy's is a voice hard to replicate, and while Renée doesn't perfectly mimic it (I should think only a select few people in the world would be able to!), she does a fantastic job and it's admirable to see the effort she has put into researching this role and taking on the challenge of using her own voice to the best of her ability.

The final few minutes of the film leave their mark. It feels like the perfect, ruby red cherry on top of a film which deep-dives into the final moments of an incredible, celebrated, iconic performer.

The mood throughout 'Judy' is rather poignant. There are happy moments, of course, but for a majority of this production you feel a deep sense of 'something' for her. As she shines on stage in her dazzling costumes, the film reminds you, in its way, all that glitters is not gold. Judy Garland was an extraordinary, multi-layered woman with talents many of us can only dream of having, and only someone as brilliant as Renée Zellweger could have pulled this off as stunningly as she did.