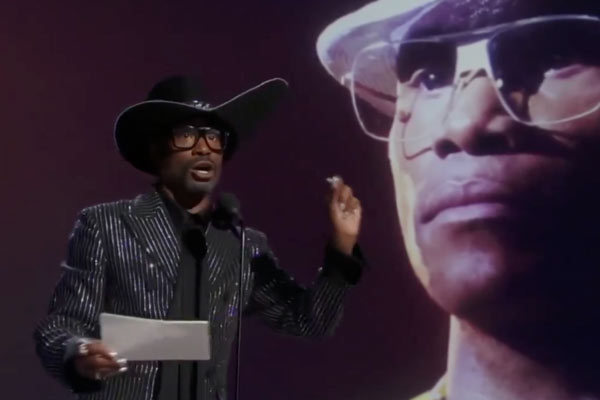 Actor Billy Porter – dressed to the nines and turning heads as he does so brilliantly – has made history at the 71st Emmy Awards as the first openly gay black man to win an Emmy for Outstanding Lead Actor in a Drama Series.

Taking the trophy for FX's musical drama 'Pose', Billy's emotional speech was filled with powerful messages and thanks.

"The category is love, y'all! Love!" Billy shouted.

"James Baldwin said 'it took many years of vomiting up all the filth that I had been taught about myself and halfway believed, before I could walk around this earth like I had the right to be here'. I have the right, you have the right, we all have the right," he continued.

MASSIVE congrats to you, Billy!

Elsewhere in the ceremony, actress Patricia Arquette used her win to plead for trans rights after losing her sister Alexis earlier this year.

"I'm in mourning every day of my life Alexis, and I will be the rest of my life for you, until we change the world so that trans people are not persecuted," Patricia said.