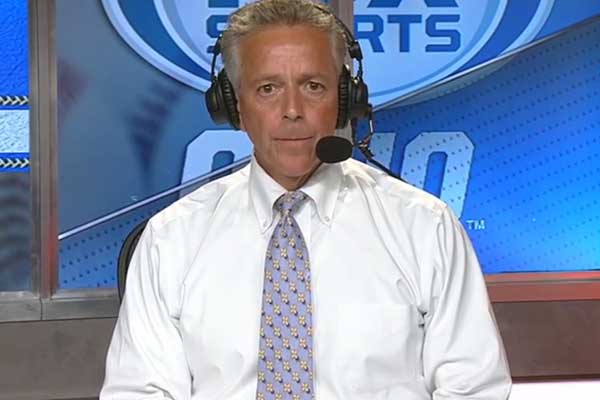 Announcer Thom Brennaman has been caught using a homophobic slur before introducing a baseball broadcast in Kansas City.

The broadcast was between the Reds and the Royals, and the 56-year-old was heard saying "one of the fag capitals of the world", clearly unaware his voice was being broadcast at the time.

Thom eventually exited, however it's not confirmed whether he was told to leave or he did it of his own accord.

Before exiting, the announcer made sure to apologise, assuring viewers "that is not who I am, it never has been".

Thom Brennaman is the son of Hall Of Fame broadcaster Marty Brennaman. He's been calling Reds games since 2006.

Check out the clip below.