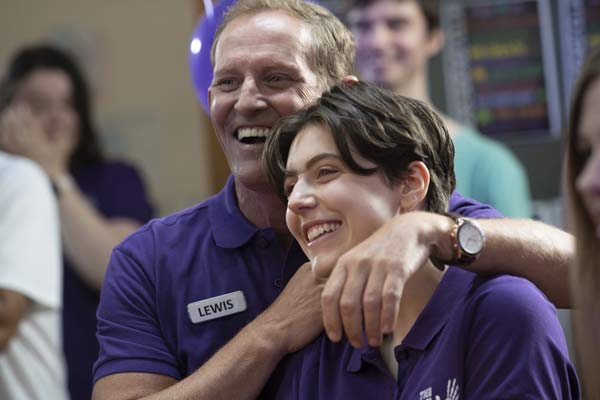 'Unsound' is a powerful film, directed by Ian Watson, and written by Ally Burnham. It portrays the journey and romance of two young queer people, Finn and Noah, in Northern Sydney.

Finn (Yiana Pandelis) is a Deaf transgender man, who is working to build up the local Deaf community by running a Deaf club with his father, at the same time as transitioning. Noah (Reece Noi) is a gay man at the start of his music career, touring the world while accompanying a '90s pop star (played by Christine Anu) on guitar.

The two main characters are both passionate about music, and meet while facing their own struggles in achieving their dreams. The film illustrates the unlikely circumstances that bring together two people from different places and communities. The narrative follows the characters as they help each other to grow and resolve some of their challenges, despite their different life experiences. It also positively represents a relationship between a gay man and a transgender man.

The film is highly inter-sectional, celebrating the convergence of identities in the characters, who are well-realised individuals. Noah and Finn have in common strong personalities and a unique sense of purpose. The characters are forging their own path, influenced by their history but not defined by it. They face conflict but ultimately deal with it in a way that shows character growth.

'Unsound' is a nuanced representation of Deaf culture, showing the desire of the Deaf club to carve their own space in the community, and the conflict that is felt from being often misunderstood and marginalised. It shows the power of community, connection and love to overcome these barriers to inclusion. There are many laugh-out-loud moments, which are true to the reality of this film and the communities it represents. The film elegantly captures the charm of everyday moments that make up life, as well as in the city streets and beaches in Northern Sydney where the characters live.

There is an intelligent use of silence that conveys the perspective of Finn and others in the Deaf community. Additionally, the film beautifully captures the experience of music to people who are Deaf. The importance of viewing Deafness as not a disability but a different culture and language group is reinforced throughout the film. The nightclub scenes show that knowing Auslan can be a super-power in loud situations. Importantly for Deaf viewers, Auslan signs were, for the most part, kept within the frame, although there were occasions when parts of a sign were out of view. The cinematography had some excellent moments, although there were a few awkward cuts between scenes.

'Unsound' is not a happily-ever-after romance, making it more true-to-life. Therefore it is one of those romance movies definitely worth watching and one we could perhaps learn something from.