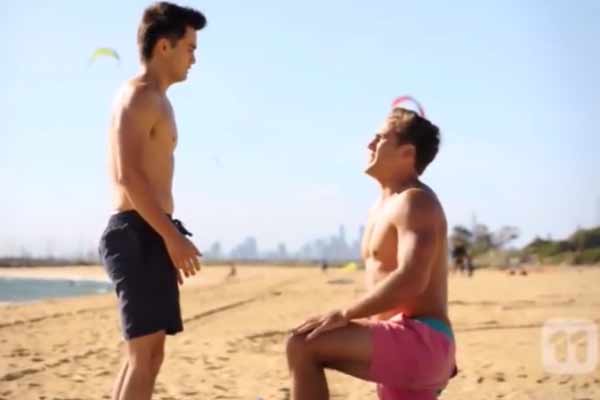 Australia's longest-running drama 'Neighbours' has screened its first ever gay proposal with a happy ending.

Long-term partners on the show, Aaron and David, went to the beach both intending to propose to each other.

David had already proposed to Aaron earlier but was rejected for proposing for the wrong reasons, so it was magical to witness it finally being received with huge success!

The proposal received an expected outpouring of love from 'Neighbours' viewers, many logging on to social media to gush.

"The general consensus from everyone in my groups is that Australia is so far behind and it was almost embarrassing," Matt Wilson (who plays Aaron) told the Press Association about the same-sex marriage win for Australia.

"The fact that it happened and Aaron and David are at that stage in their relationship where they are going to get married, we may be the first gay couple to get married on Australian television since it's become legal."

We're so looking forward to the wedding! Now it's 'Home And Away''s turn... They already teased the introduction of a gay character early this year.