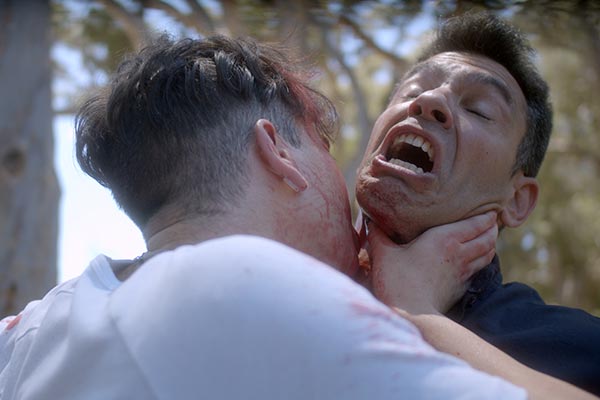 Adelaide-based Alice Maio Mackay is a 16-year-old trans filmmaker who already has recognition and awards up her sleeve.

Alice's work is all produced under her own business: One Manner Productions. Her achievements include making it as a finalist in the 2017 International Silent Short Film Festival, directing/co-writing/co-producing an award-winning queer horror short 'Tooth 4 Tooth', and acquiring the rights to adapt a Stephen King short story.

'So Vam' sees Kurt, an outcast in a conservative town, dreaming of moving to the big city to become a famous drag queen. Kurt is kidnapped and killed by a predatory vampire, but rescued just in time to be resurrected by a gang of rebellious vampires, who feed on bigots and abusers.

Kurt, in his new form as a vampire, now knows empowerment and belonging. . . But his killer is still out there.

Here, we chat to Alice about 'So Vam' and her accomplishments in film thus far.

You've built up quite the resume at such a young age. What makes you so passionate about the field you create in?
I have always had a great love for movies and the format of cinema. I think it is a really powerful and effective platform to reach audiences with important messages, as well as being entertaining.

Tell us a little bit about your most recent project, 'So Vam'.
'So Vam' is my latest project and my debut feature film. The film centres around a burgeoning high school drag queen. It is a story about what it means to be oneself and to be empowered, loved and accepted, against all opposition. It’s about conquering hate in all of its forms. The film combines the coming-of-age genre with supernatural elements and themes. The film is particularly personal to me as it encompasses the representation of diversity both in characters and in story that I would've liked to have seen in genre films growing up. This is especially important as a lot of mainstream and successful horror films have profited from the misrepresentation of transgender and gender non-conforming characters, with stories being rooted in transphobia. The film is currently in post-production and I hope to have it finalised in the upcoming months.

Where did the idea arise and what was your first step in making it a reality?
The idea arose from my desire to create a diverse and authentic/unique horror film that combined my love of vampires and drag queens. The first step in making it a reality was approaching my co-writer and frequent collaborator, Ben P. Robinson, with the idea I had. Although he's based internationally, we were both excited to start fleshing out the story and characters. 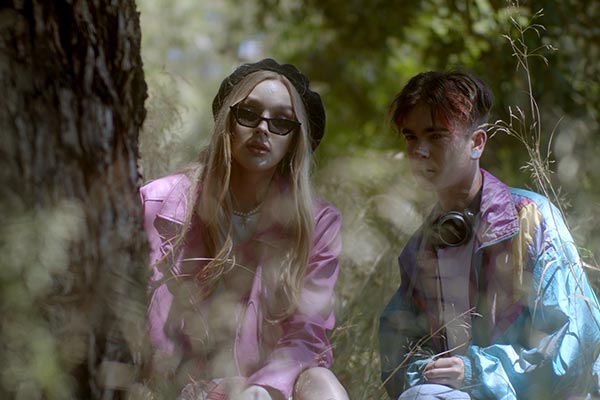 What was your biggest hurdle to jump over in the making of this film?
Funding is always a challenge. Although, equally as challenging was casting when you're working with little or no budget, and the script called for a large ensemble cast. I'm very grateful for the cast and crew who were equally as passionate about the script and the importance of telling diverse stories like this one.

Speaking across all of your creations and achievements, what stands out the most as a highlight moment/accomplishment over the last few years?
Across all my creations and achievements a highlight has been working with such fantastic local and international talent. Particularly great has been the opportunity to work with people whose work I have admired. Watching these people on films that I love and then getting to direct and work with them is an honour that I'm super grateful for. Working on my latest feature, aside from the leading cast in Adelaide and Melbourne who were absolutely amazing to work with, I had the experience of directing some of my idols like BenDeLaCreme ('RuPaul's Drag Race') and Drew Droege ('AJ & The Queen', 'Bright Colours and Bold Patterns'). 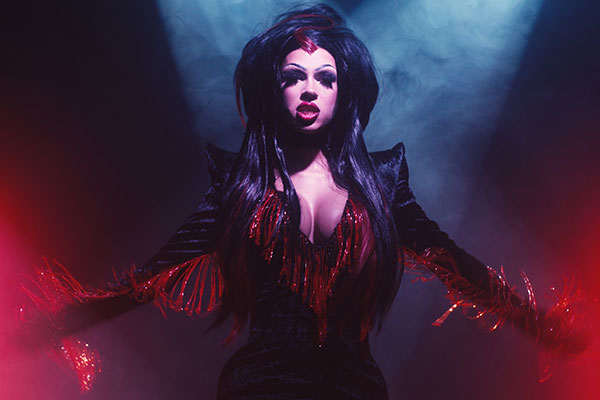 This is your debut feature. What was one thing you experienced creating it, that you weren't expecting?
There wasn't anything really too unexpected, given the planning that went into it. But, I had also wrapped a 30-minute short film earlier in the year, which gave me some insight and preparation into creating longer films.

What advice do you have for young creators (particularly queer/falling under the LGBTQIA+ umbrella) wanting to make their first move in the industry?
It's not a particularly forward-thinking industry, despite what people might think. However, there have certainly been some positive developments and opportunities recently. My advice would be to network with like-minded people in the industry and create your own opportunities.

What's next for you?
I'm working on a number of projects, including two feature films that I hope to start production on in the next year or so. I've also been developing an idea for a television show that I will be pitching shortly.

'So Vam' is currently in post-production.