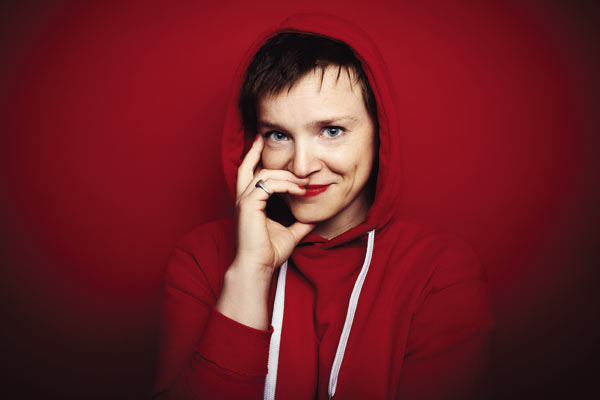 Wallis Bird: Looking At The World From A Woman’s Perspective

The soulful lyrics of Irish singer-songwriter Wallis Bird have been enchanting audiences all around the world for over a decade. She’s set to charm yet again with her new album, ‘Woman’.

Drawing on experiences, whether they be known or unknown, is what drives Bird to create and allows her to tell a story.

“Everything I write is something that I’ve lived or been part of or experienced and I also reach out to the unknown experiences that I haven’t lived in physical life, so there’s a lot dreamscapes, and a lot of unknowing is represented on the record as well. I’m a great respecter of death, for example, and everything we don’t know and all the knowledge that we feel innately but can’t explain or can’t prove. I’m a big believer in all of this just being one big, exciting ride.”

Influenced by the importance of looking at the world from a woman’s perspective, Bird describes the eleven-track album as “one long story”.

“I want listeners to recognise that it’s 2019, that this is zeitgeist. . . I’m using the record to point out what’s happening and what’s been happening and how far we’ve come and to look at life from a woman’s point of view. . . I’m also 37 so I want people to know the age I am because in the music business, it’s seen as unsexy and unsavoury to be getting old. Whereas, we need wisdom, we need stories, we need experience. We need to be able to look back at our body of work, no matter what age we are. We have to represent and retrospect what we’re doing. I want people to look at this record and say ‘Oh that was what it once was and where are we gonna go next?’”

The album’s first single ‘As The River Flows’ was inspired by the infamously tragic image of Syrian refugee child Alan Kurdi.

“I’m a very positive artist. I used to speak about problems in a positive light, whereas it’s come to such a point with racism towards refugees and migrants, that I’m sick of it and I actually just want to be out and loud about my worries and my disgust at lazy racism and I’m tired of it.

“Sadly, my songwriting just kept leading in a way that I kept repeating Alan Kurdi’s name. . . Anybody who knows the image of that poor little boy; I’m sorry to say but we needed a wake up call. It woke up an awful lot of people to say ‘Okay, this is a little defenceless baby that lost its life and we can’t judge people trying to get away from war or trying to find a better life. . . He was absolutely innocent in all of this so that’s where humans fail to look out for each other. That’s the point I’m trying to make.”

If there’s one thing Bird wants to inspire in her listeners through her music, it’s conversation.

“It’s a moment in time. It’s 2019. It’s just me right then at that moment and I’m opening up a conversation. Just talk about it, talk to me about it. See where we can go, see where we can make this world better. . . It’s a two-way thing. I don’t just put out music to be like ‘listen to this’ and expect people to listen, I want it to be a conversation, rather.”