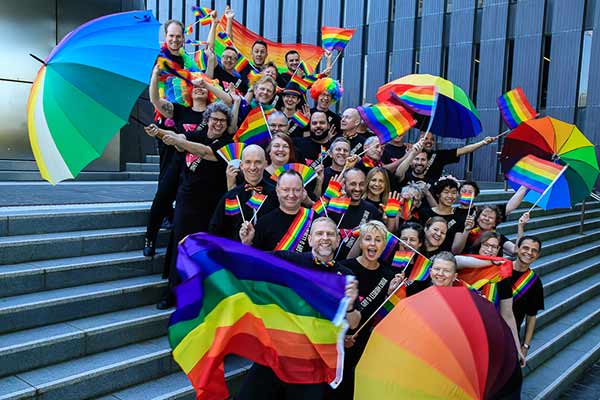 It's been 30 years since Sydney Gay & Lesbian Choir (SGLC) formed – a milestone worthy of a big celebration.

Luckily, the planet agrees – with lockdowns easing and COVID on its way out the door in Australia, the choir is able to regroup for a very special, retrospective live show celebrating the history of the organisation and showing audiences that, after a year of being apart, they truly are 'Stronger Together'.

The choir will be joined for the concert by Australian star of the stage and screen, Caroline O’Connor, and former SGLC Music Director, Jonathan Welch AM.

Here, we have a chat with the SGLC President Liz Eglington and current Music Director Adam Majsay, about the choir's history and what audiences can expect at the anniversary show.

It’s the 30th anniversary of the Sydney Gay & Lesbian Choir! What can audiences expect from this show?
The 30th anniversary concert is a walk down memory lane with some of the choir's favourite songs like 'True Colours', 'Gay Vs Straight Composers' and 'Home'.  It is also a concert of remembrance for those who died of AIDS in the 1990s and other choir members who have died during the life of the choir. The songs of remembrance are 'These Candles We Burn', 'In This Very Room' and 'Let Me Rest / Lux Aeterna' from the choir's commissioned work 'Dreams And Visions' by John Peterson. There will be a mix of upbeat songs like 'A Million Voices' and peaceful moments in 'Ecce Novum'.

To any newcomers or folks unfamiliar, tell us a bit about Sydney Gay & Lesbian Choir and its offering.
The Sydney Gay & Lesbian Choir is a versatile community choir that can and has sung a wide range of choral works from pop to show tunes to a fully staged version of Henry Purcell's Baroque opera 'The Fairy Queen'. The choir sings in many languages, most notably in Ancient Greek singing as the chorus in 'Mythologia', a production with the Sydney Dance Company for the Sydney Olympic Festival and the Brisbane Festival in 2000. The Sydney Gay & Lesbian Choir will take you on an emotional journey into our past, rebuilding after the lockdown in 2020 during which the choir was not able to sing together in person for almost a year. Many choir members missed the camaraderie and community that comes from singing together. Now singing shoulder to shoulder, the choir wants to share that joy with the audience and looking towards our future reaching out to all communities through the joy of singing.

Adam, as Music Director what’s your main goal when it comes to the choir?
It’s about working with each of the singers in the choir to create a cohesive whole. The power of a group like SGLC, which is completely unauditioned, is how singers of a diverse array of ability levels and musical experience come together as such a high-quality musical ensemble. My role is to wrangle these forces and shape them into a powerful, beautiful choral performance. It’s such a privilege! 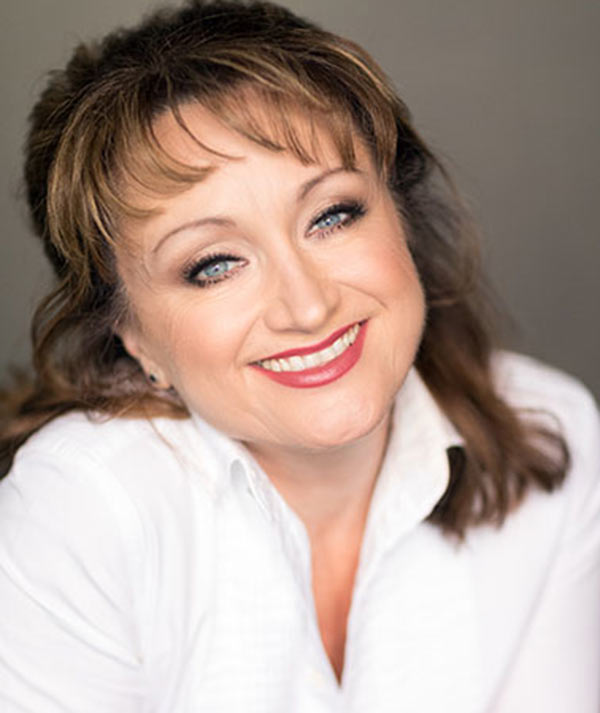 Why do you think the choir has lasted as long as it has, Liz?
As a member for 28 years I think there are a number of factors. Primarily, the choir is about singing but it is also a community that welcomes people to a place where they can be themselves when sometimes they have to hide their identity at work or with their family, or are ostracised from family and loved ones because of their sexuality. The other thing that has kept me coming back is the variety of repertoire we sing. Because we cover such a wide variety of repertoire there is always something new and different to learn, so the continual learning keeps me fresh and challenged. If you don't click with the repertoire being rehearsed then it's just a matter of waiting a little while and there will be a new repertoire to master. The choir is also about making a political statement about discrimination and injustice against the LGBTQIA+ community and in recent years our songs reflected support for Marriage Equality.

What has it been like to have a year doing things like you’ve never had to do them before, thanks to COVID?
In 2020, like many choirs, The Sydney Gay & Lesbian Choir were not able to sing together in the same room for almost a year. Who knew that choral singing would be considered an extreme sport especially when football codes were back on the field, we were still locked down. In 2012, SGLC was part of an international LGBTQIA+ OutPost Choir, singing the song 'You Make Me Proud'. We recorded the song in a group but some members also recorded individual tracks. Little did we know this would be a new normal in 2020.  During lockdown the choir made several recordings, one of which was the song 'Coming Out Of The Dark'. During the lockdown the choir utilised virtual rehearsals but some members found the technology impersonal and though we were rehearsing together we were not really singing together. The virtual rehearsals did however enable the choir to meet socially and see each other and check on people's wellbeing and reach out to those who were struggling with mental health issues.

Will you be taking anything you did during that time on board for use in the future?
One thing to take from 2020 was the need to be flexible and look for opportunities to do things in different ways. But more importantly it reinforced the role of community in the choir and that singing together strengthens our ties to each other and to our community. 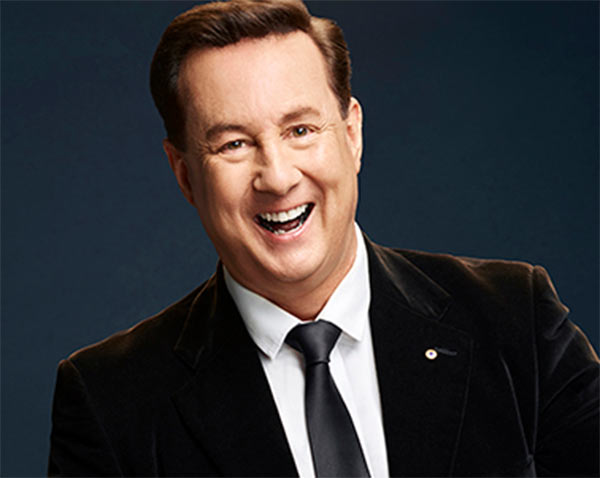 Liz, what has been the main highlight/memory of being a part of the choir in the time you’ve had with them?
For me the main highlight has been premiering new works commissioned by the choir. Over the last 30 years, the choir has commissioned and premiered 27 new works from Australian composers like Elena Kats-Chernin, John Peterson, Gordon Kerry, Kathleen MaGuire, Sally Whitwell, Gordon Hamilton and others. It is exhilarating knowing that you are singing a piece of music that hasn't been heard by anyone in the world. At the international premiere of Elena Kats-Chernin and Hilary Bell's work 'Talk show' in the Concertgebouw in Amsterdam during the 1998 Gay Games there was absolute silence when we finished. But after a few moments the audience applauded, giving us a standing ovation. What a way to make our international debut!

And Adam, since your appointment as MD in 2017, how about you?
Our first performance as a choir following the COVID lockdown was pretty extraordinary. Gathering again as a choir, albeit with only 20 singers (as that was as large a group as we could form safely within physical distancing guidelines), was so incredibly special after more than a year of not singing together. It was really clear how much group music-making means to the members of SGLC and to our audiences.

How are you hoping audiences respond to the anniversary show?
Some in the audience have been waiting 18 months to see the Sydney Gay & Lesbian Choir on stage, in our natural habitat, entertaining people and reaching out in song. I think the mix of old and new songs will provide something for everyone. So expect the unexpected and the familiar!