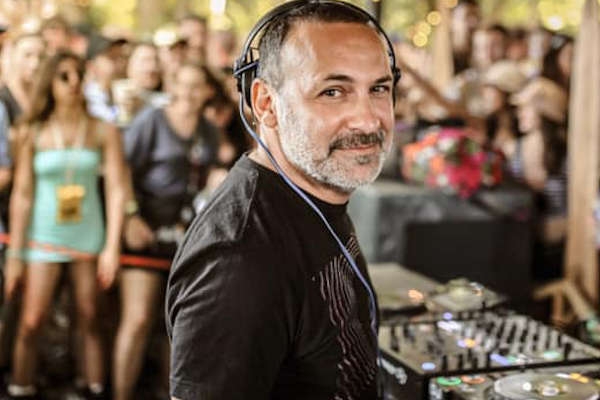 After performing on some of the most famous stages in the world, including Glastonbury Music Festival, Berghain nightclub, and Bestival, DJ Late Nite Tuff Guy (otherwise known as Cam Bianchetti) is taking to the decks to pay tribute to one of music’s greatest legends and one of his personal favourite artists, Prince, in 'Prince: A Tribute’.

It was a chance encounter on a night out when Cam first heard Prince’s music that would ultimately begin a lifelong dedication.

“I was at a club and I remember this song coming on the sound system and thinking ‘wow this is a really really good track’. I didn’t know what it was at the time but I went to the record shop the next day or the next couple of days and all I remembered was that the line had said ‘Controversy’ and sure enough the person behind the counter knew what it was and I bought that album and it was that track that really did it for me. After that release was '1999' followed by 'Purple Rain', so it was a progression from then on.”

Cam explains that part of what drew, and continues to draw, people to Prince was the fact that he did not conform to typical societal norms, particularly regarding gender and sexuality. Doing this cemented his status as an icon in the LGBTQIA+ community, helping his fans, including Cam, to feel more comfortable in their identity.

“Anybody can put on a pair of high heels and makeup but I would compare him in that way, to David Bowie. They did what they did because that’s what was natural to them. It wasn’t anything that was fake or put on. I love the way he embraced his femininity. To me, that said that he wasn’t scared. He didn’t give a f... what anybody thought or said. He was certainly not afraid of showing that feminine side and I loved that. It made me more secure with my sexuality.”

In fact, he just about outright rejected those labels, something which Cam mentions makes him think back to the track ‘I Would Die 4 U’ from the album, ‘Purple Rain’.

“It starts off, 'I’m not a woman. I’m not a man. I’m something that you’ll never understand'. . . There were people that were pushing boundaries. If I think of Annie Lennox for example, and when she used to get up in a man’s [style], she’d put a beard on her face. It was incredible. Obviously Bowie as well.”

More than anything though, Cam explains that the true magic of Prince really is the music. It’s this magic that he hopes to capture the essence of during his show ‘Prince: A Tribute’.

“There’s something in his eyes. It’s hard to explain but for me, it’s always going to be the music. He wrote music like nobody else and he really stood out above his peers as someone who could just absolutely do anything.”

Undoubtedly, part of the appeal of Prince was his ability to evoke emotion to both performance and his music in general. Cam hopes audiences connect to that same energy during, ‘Prince: A Tribute’.

“I hope they feel happy and that they’ve experienced something that elevates them, that lifts them, lifts their spirit.”