Having toured the nation with their singular R&B sound at Laneway Festival, Listen Out, Groovin The Moo and more, imbi the girl teamed up with Azura for performances in Sydney, Melbourne and Brisbane to launch the single.

As a person who uses they/them pronouns, imbi the girl explains that they are often asked about how they came to choose their performing name.

“It’s kind of a funny story, kind of ironic. I kind of fell into my whole gender crisis right before we launched the project... And the crux of realising my identity and realising what made me feel the most comfortable and what pronouns I wanted to use and understanding my identity on a deeper level only really came just after we launched,” imbi the girl explains.

“The intention behind the name initially had a lot of meaning in terms of bringing women to the front and representing gender diversity in a different way than it is now.” 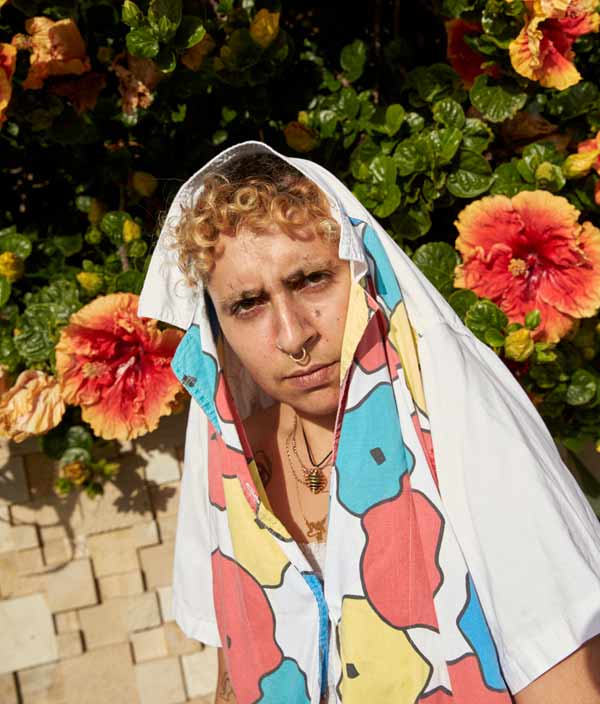 “Initially, I had a bit of a freak out about it because it felt inauthentic or concerned people would get the wrong idea – which they do – but I had a talk with my nearest and queerest and people brought a different perspective to me. They explained to me the subjectivity of language… And the connotations that the word ‘girl’ already has, they don’t need to exist.”

“People should have the freedom to exist how they want without the labels other folks put on them. It kind of became intentionally ironic, but I suppose the irony was lost on the masses.”

imbi says making music has played a central role in understanding their gender, and a “super cathartic exercise in authentic expression”.

“I’ve learned a lot about myself through intentionally creating and have found deeper insights into my identity as opposed to labels that already exist. Understanding more of myself on a spiritual level, understanding the way that I work, the way that my creativity manifests.”

“Writing has taught me multitudes about myself, not only the way of gender, but that was part of the healing.”

Speaking on the creation of their honeyed new single 'I Used To', imbi says it was a trip to Perth with the Listen Out Festival that lit the spark.

“I was in Perth and I went for a writing session with SUPEREGO, who is the featured artist, and we had a really, really nice time.

“Things are always a little uncomfortable at first, everyone’s a little bit nervous… But as soon as they started playing me a couple of demos, I heard the backing track that is now 'I Used To', and I got a bunch of ideas of verses and choruses I could write… I think within an hour we had the full structure of the song down.”

“The writing process was a bunch of fun!”

'I Used To' is out now. imbi the girl plays Black Bear Lodge (Brisbane) 28 June.