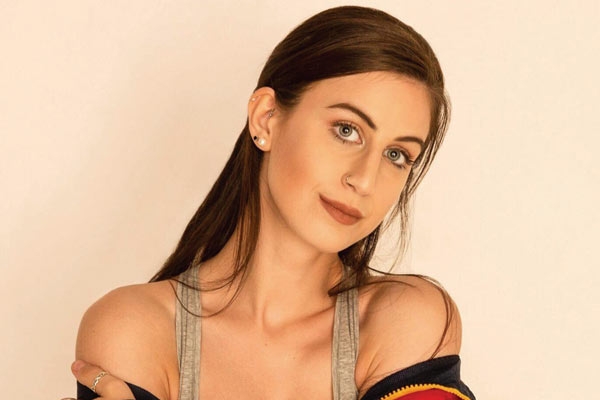 Adelaide-based songwriter Indy Stanton began releasing covers on YouTube at the age of 15.

Now 23, she's released her debut album 'The Candle Room'. Following early successes in music via digital media, Indy took a break from writing music. “Obviously, you know, being a teenage girl in high school, it didn't go down too well in the schoolyard.

“I actually got quite discouraged and ended up giving that up and not posting. I thought that was it for me, until I decided to give it one more crack.”

This would eventuate in Indy being signed to Attaboye Records by producer Eslev. “I saw a music video of a song he had produced and I thought, 'oh my god, this guy is incredible! I wonder if he'd want to work with me.' I don't know what came over me. I emailed him and I was like 'Hey, I'm Indy, I'm 22, I want a record deal.' And he was like: 'That's not how it works,'” she laughs.

After being invited to perform one of her compositions from high school for Eslev, Indy was prompted to write and record a more modern pop song. “I was like 'watch me'. And I went home and wrote 'Small Talk'. That night, I sent it to him on a dodgy phone recording and he was like 'Come into the studio tomorrow morning – we're going to do this,'” she says.

With the first song she'd written in over five years, Indy was on her way to kicking goals in the pop world. Her video for 'Small Talk' took inspiration from the hit sitcom 'Friends'. “That show was my salvation. I love Ross and Rachel, I love that their first kiss was in a laundromat.

“So for me, I've always seen it as a really romantic setting. I know that's a bit weird. I know a lot of people think of it as just... dirty underwear. But I've always seen it as cute. When Rich Coburn came up with the idea to set it in a laundromat, I was like 'Yep. Done. One-hundred per cent, it's going there.'”

Lyrically, 'Small Talk' touches on themes of self-sabotage in relationships. With a heartfelt vocal performance immersed in smooth harmonies, the song is bedded by a lush arrangement of emotional piano, setting the atmosphere for the new-found musical identity of Indy Stanton.

“You've got to be really sure about who you are,” Indy says, “and what sort of message you want to be putting out there – and then not let other people deter you from that.

“My message is basically just to spread happiness and be kind to everyone. There's too much negativity in this world. I obviously experienced a lot of it in high school and also, you know, coming out as a lesbian had its whole other thing... if everyone was nice to each other, things would be a whole lot better.”

Continuing the theme of relationships, Indy's second single, 'It's Okay To Say Goodbye', explores the adage 'if you love someone, let them go', preceding the release of her debut record, 'The Candle Room'. “After that, I'm planning on touring around Australia,” she says.

As far as tour dates are concerned? “That's a little bit hush, hush, for now.”

Indy Stanton's 'The Candle Room' is out now. She plays The Jade (Adelaide) 22 February.

[This story originally appeared on our sister site, scenestr]