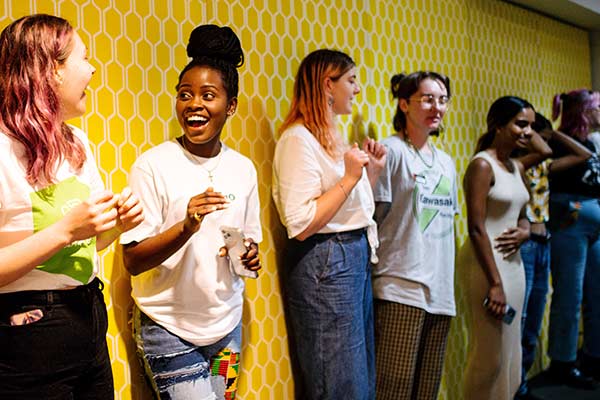 South Australian participants and mentors of the global UNESCO Creative Cities gender equality project Equaliser (EQ) have produced an official music video for the track ‘Can’t Keep Us Down’.

The EQ Project took place over six weeks in South Australia under the guidance and mentorship of mentors such as Nancy Bates, ELSY, Ellie Belle, Morgan Sette, Bethan Maddison and Lauren Pisaniello. Michael Ross of Electric Fields composed the music in which the participants wrote the music and melody over.

The 13 female and non-binary participants shared their individual lived experiences in the song, swell as directing and starring in its music video.

The project connected these people between the ages of 18-25, and Adelaide is the second Creative City in the UNESCO network to deliver the EQ project.

“We were delighted to be a part of this global UNESCO project. Our team is incredibly proud of the participants and we look forward to hearing more great music from them all in the future!” Music SA General Manager Kim Roberts says.

Accompanying the music video is a short documentary which follows the journey and creative process of the project.

“The gender equality project EQ is a wonderful example of how music can bring people together, to feel empowered and help to create change,” Director Of Adelaide UNESCO City Of Music Rebecca Pearce says. “This global initiative provides a powerful platform for female and non-binary people to tell stories through their own lens and using their own voice.”