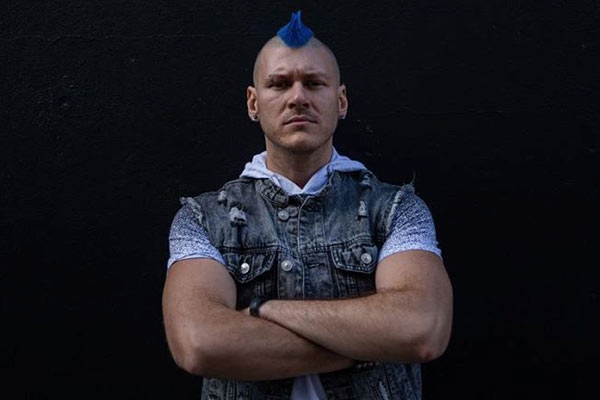 'Invisible Boys' is a split narrative that starts with a kick to the gut.

Charlie’s caught in some old dude’s closet, Zeke has a tragic wank, and Hammer spirals down into his straight jock façade. What follows will leave you ugly crying between bouts of laughter and indignation. Yet most surprising of all is how desperately Holden Sheppard will leave you yelling for his characters to ‘run!’ as their world crumples in around them. It’s dark, yet somehow thrilling, and altogether terrifying.

A postie handed this to me late in the afternoon, and I only put it down when my eyes gave in at one in the morning. When I woke, I snatched it back up off my pillow, and didn’t let it go again until I read to the end. I doubt I’ve ever been so frightened for fictional characters before – or so trapped in their world. And I felt everything in me screaming for these kids to find safety. They had to get out.

Charlie’s ongoing public trials reminded the others of what they had to lose by being openly gay in Geraldton, and it hurt to watch them pick his life apart when they were so ‘safe’. But it was the lack of compassion people showed Charlie I found hardest to swallow. I couldn’t just pass his agony off as writerly embellishment because I knew some poor kid, somewhere in this country, was probably living Charlie’s reality. And that jarred me, because I didn’t think there was enough I could do to protect a kid like Charlie. I needed him to run.

Interviews with Sheppard reveal how each protagonist embodies a part of Sheppard’s personal story. And since Charlie’s outed early, it’s left for Zeke and Hammer to carry teen Sheppard’s hesitation to come out. These characters dance between security and satisfaction, devastation and denial, and I love how Sheppard uses them to reveal little nightmares he endured growing up gay in rural Australia. It feels personal, believable, and impossible to escape. And it all hits like a brick when Sheppard reveals his mysterious note writer towards the end.

For those who aren’t sold yet, 'Invisible Boys' delivered a satisfying ending that left me with an immense feeling of pride. I thought it would read like a Will Kostakis or Alex Sánchez novel (you know the ones I’m talking about), but instead I found a cinematic sensibility in Sheppard’s writing more akin to Patrick Gale and Christina Lauren. It was enjoyable like YA, yet engaging like literary fiction, and absolutely perfect for anyone looking for a reason to cry.