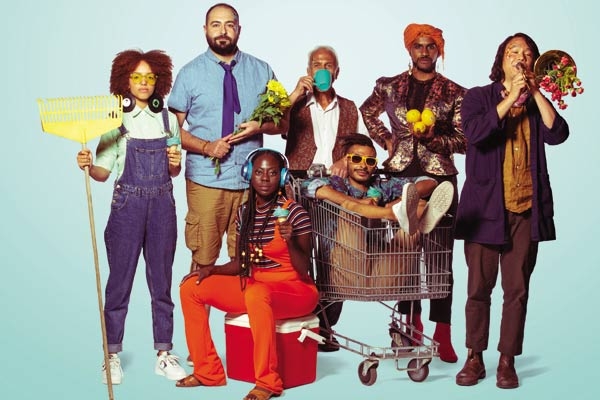 In times of ever-increasing states of diversity and the world progressing somewhat towards globalisation, it comes at the perfect time that 'The Neighbourhood', a brand-new play about intimate storytelling which transports the audience across borders within the walls of La Boite, should be ready to share some of the stories of the people who make up the diversified culture of our communities.

'The Neighbourhood' collaborates different journeys from different individuals, with the members of cast involved having of course made their own journeys to eventually come together at a point of collaboration.

One of 'The Neighbourhood''s cast members is transgender, non-binary youth worker and body movement facilitator Naavi Karan from India, based in Brisbane.

Here, Naavi tells us a little bit about their involvement in the work and what they're looking forward to about being a part of it.

Tell us what it's like to be involved in 'The Neighbourhood' at La Boite.
Working on ‘The Neighbourhood’ has been so humbling. Trans people of colour are rarely represented in mainstream forms of storytelling and I am so grounded in being able to represent parts of my communities in the work.
It is also so incredible to be a part of a production where all your fellow cast members are so talented, inspiring and have already created a plethora of change in their respective communities. I am especially grateful to La Boite for creating a process of storytelling that was safe for me and sensitive to the narratives I wanted to share.

What will you be bringing to the show?
Everybody on the cast is sharing their diverse forms of lived experiences that are unsettling and thought-provoking. I am just doing that, but with a bit of extra spice. 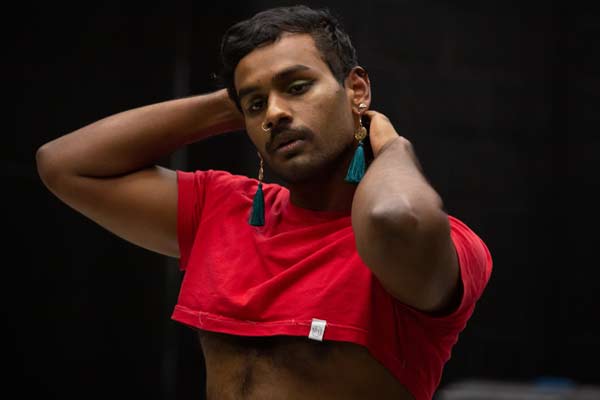 Why do you think a production like 'The Neighbourhood' is important/necessary in 2020?
As we progress in time, the gap between people who are privileged and those who aren’t continues to grow. Those who are wealthy and in positions of power continue to access higher forms of luxury at the expense of the rest of the planet unknowingly or knowingly being exploited, torn by war, poverty-stricken, without access to clean air and water, surviving in below-third-world conditions, including many parts of Australia.
'The Neighbourhood' is an important window that acknowledges that gap and offers meaning, truth and healing to those who have fallen through it. And for others in the audience who may not necessarily relate to the individual stories, 'The Neighbourhood' is a chance for them to become conscious of some stark realities and ask themselves how they can contribute to a better world.

Obviously oppression against marginalised communities is still (sadly) alive and well. What is something small we as a society can do to start the movement toward eradicating this?
Creating change starts with questioning the systems that govern us. It is about realising that these 'well-trusted' systems affect us all in diverse ways, even if you’re white or able-bodied or cis-gender or heterosexual, and often divide and discriminate those who are not. It is about understanding how prevalent oppression and marginalisation is and to create space for people who experience it to speak for themselves. It is about going beyond tolerance and learning to be empathetic to people who live differently to us and respecting their ways of being.
And most importantly, creating a movement to eradicate oppression and marginalisation is to speak up against it. 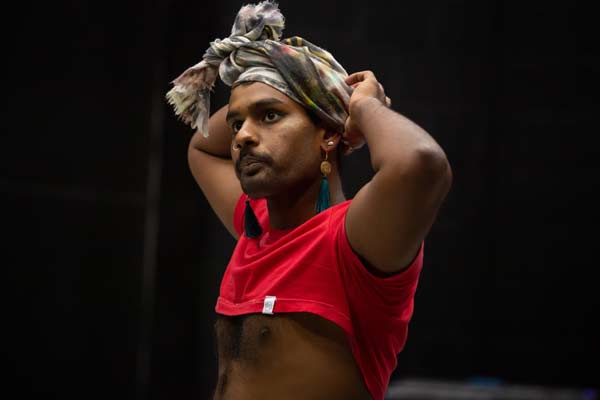 You've recently been recognised as one of 30 Under 30 LGBTQIA+ Leaders in Australia by Out For Australia. What does something like this mean to you?
As an outsider to Australia, I am incredibly humbled for my work to be recognised by Out For Australia. At the same time, I also want to also acknowledge the role of many, many other young community LGBTQIA+ leaders who have done so much for our collective communities but are not out of the closet for a variety of reasons, including safety. The title has helped me see storytelling as a responsibility and opportunity to build bridges and create safer communities. I am further motivated to spend time to understand narratives less mainstream than mine and do everything that I can to give those voices a signal-boost.

You're a youth worker too. Tell us a bit about your role as a youth worker and what you enjoy most about it.
As a youth worker, I have the incredible opportunity to support young people who are either homeless or are otherwise disadvantaged with experiences ranging from domestic and family violence, complex mental health to extensive legal intricacies. Young people have shown me resilience and hope in ways I can never learn from anyone else. It is very grounding. The job has also been an opportunity to become conscious of the systems that create systemic disadvantage and violence and has helped me grow as an advocate.

How do you hope audiences react to your story in 'The Neighbourhood'?
I want people who come to watch 'The Neighbourhood' to give themselves permission to explore every single opportunity to live the brave and magnificent life that they want. I want people – especially young people – to realise that there is space for them in this world and their unique ways of being are not only welcome but will also be nurtured and celebrated. I want people to react by creating more welcoming neighbourhoods not just for themselves but for generations to come.