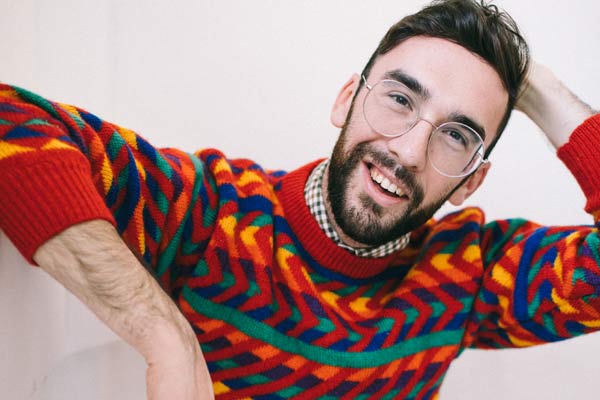 Harry Clayton-Wright Teaches Us A Lesson In Sex Education

Blackpool performance artist Harry Clayton-Wright brings his debut solo show 'Sex Education' to Mardi Gras, exploring how we learn about sex and how it can shape our lives.

Here, Harry chats about the show as well as the idea of sex and how society views it.

When/why did you decide this was a show that needed to be performed?
In 2015 I was processing some of the sexual experiences I’ve lived (good, bad, everything in between) and was contemplating, would I have made these choices had I received better sexual education? Specifically focusing on how we learn about sex from our parents, I interviewed my mum where we finally have the chat, which is audio that plays throughout the show. I also found the gay porn that my dad bought for me, when I was 14 years old, under the bed. We watch this all together to see what I was exposed to (quite literally) in my early teens and how this all links back to those experiences. Why do we like what we like? The idea was in development for a few years. I really took the time to pull it all together, draw from my own stories and gain the courage and energy to get the tone just right. The first outing of the show was in 2017, and last year I took it fully-formed to the Edinburgh Fringe where I’m thrilled to say that it really resonated with people and did wonderful things. As a result, I’ll be touring it throughout 2020.

The show generated quite a buzz at Edinburgh Fringe. Is it at all daunting to present a show that deals with such 'taboo' topics?
Of course it can be daunting to be that exposed, sometimes not just figuratively, but I see how much it makes people laugh, think, cry. I think we find collective freedom through the show. I want it to be a moment that allows us to reflect on what wasn’t, what could have been and how we move forward.

What do you think can be done to move sex/sex talk away from the taboo?
A lot of that comes from a particularly right-wing media lens, so in terms of what we can do in our power against that, speaking openly about non-normative sexual practices, removing shame from those conversations and allowing/encouraging people in our life to speak up and speak out. It’s not only good to talk, it’s incredibly important.

What's your intention/goal every time you're about to perform 'Sex Education'?
I start the show at the back of the auditorium, watching as people file in and sit down, making eye contact with people and reading the energy. While standing there, I psych myself up to be as honest and present as I possibly can and get ready to deliver a kick-ass show. 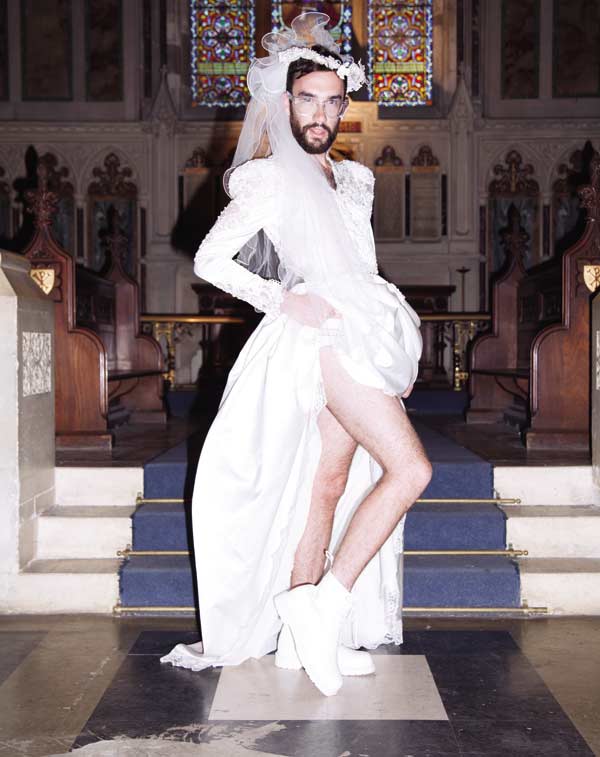 Can you tell us anything about the origins of the wedding dress you'll be wearing in the show?
It’s from a charity shop and purchasing it became one of the most mortifying moments of my entire life. No spoilers because I tell the full story in the show, but needless to say it still makes me cringe.

You're presenting this as part of Mardi Gras. How does that feel?!
I’m not gonna lie, in terms of my life, this feels monumental. If you’d told me, as a young queer kid from Blackpool (a seaside town in the UK), that the show’s Australian premiere would be at Sydney Mardi Gras, I would have cried. I could still cry with happiness. Just saying this makes me want to cry. It’s unreal.

What does it mean to you to be presenting it in this context?
Well growing up and seeing photos or footage of Mardi Gras would inspire such aspirational feelings. Could I ever feel that free? How does one become that fabulous? To be performing as part of one of the largest Pride festivals in the world makes me feel I’ve made the right choices in my life which is certainly something, while I’ve been living it, I haven’t always felt. It’s personally validating, and I hope in doing the show, I can inspire others to reach for their dreams and march to the beat of their own drum while doing it.

This is your first solo show. Can we expect similar subjects to be explored from you in the future?
What I love about this show is how it makes the explicit accessible, both in terms of content and subject matter, so I really like the idea that my future work can continue bridging that gap. How can we explore difficult subject matter in a way that lets us sit within it and really process that feeling in both nuanced and interesting ways? With that risk, It becomes really exciting territory to play within both for me and for the audience.

Will you be checking any other shows out while you're in Sydney for the festival?
'Hot Brown Honey', 'F... Fabulous', Myra Dubois, 'Yummy', Courtney Act. I love all of these amazingly talented people and their brilliant shows.