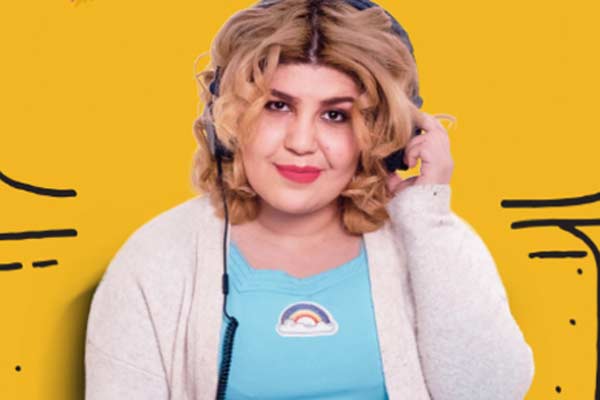 Getting Good At Passing At Fringe World In Perth

Passing is something that Sara is great at.

White people think she's white, Arabs think she's Arab. On the one hand, she avoids a lot of racism and on the other hand, she hears what people really think.

Things get a little more complicated when Sara gets a girlfriend.

Here, star of the show Sahra Hamadi answers some questions about the performance, playing as part of Fringe World Festival in Perth.

This is a new show that you'll be performing in. What does it mean to you to be a part of 'Passing'?
To me, this project has meant accepting who I am and all the confusion that goes with being in the space between white and brown, Muslim and not Muslim, queer and straight.

How important do you think a show like this is?
We are telling a story that isn't often told about a group of people whose stories don't get told often. It's so important to listen to stories of minorities, as they are not the stories we often hear.

Tell us a little bit about the show itself.
'Passing' is a show culminating different stories from biracial, queer, Muslim (or Muslim-ish) women in Australia. We culminated some of the experiences of these women into one character, Sahra, and we show her experiences with family, love and culture.

You're not just a disconnected character in this show, it has a lot of personal relevance for you. Do you think it will be a challenge to portray your own struggles in the form of a theatre show?
It's been emotional, and a little scary. It's very vulnerable bearing all your family and relationship experiences in front of people, but thinking of 'Sahra' as a separate being, and incorporating other stories into her journey has made it easier to express myself and come to terms with my struggles.

There's "a little invited interaction" in 'Passing'. Could you tell us more?
We want the show to be intimate and I love interacting with the audience, but we don't want people to feel uncomfortable. We will have "audience participation" seats so that people can choose to sit there or not, so that only those comfortable engaging will be invited to.

Have you faced any other challenges so far?
It has been difficult trying to incorporate all the different stories into one journey, as all the people we have interviewed have had very different lives. But we started by looking at the similarities we all faced- particular encounters with strangers, our complicated relationship with Islam- and worked from there, which has made that process easier.

What do you hope people walk away from this show thinking and feeling?
For the people that can relate to these experiences, I know it can often feel isolating, we hope that this show can show them that they're not alone. For the people that haven't experienced these issues, I hope they come away understanding a bit more about these issues, and with empathy for the struggles that this group of people face.

Sell the show in 5 words.
An emotional, funny, intimate journey.

'Passing' plays The Shambles At Fringe Central from 1-3 February.