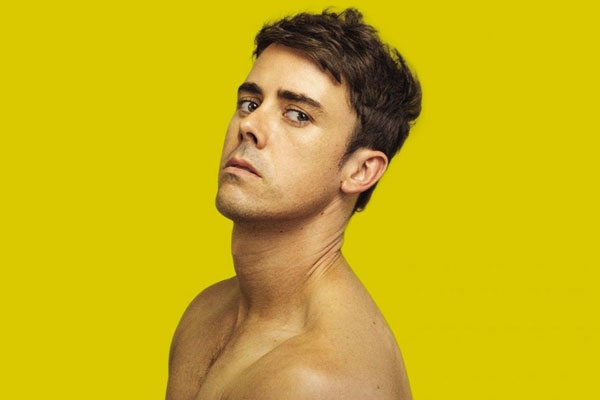 'Cock' by Mike Bartlett will explore complex emotions and relationships in a commitment-phobic era.

John is struggling to figure out who he is, while simultaneously battling with society which demands clarity and answers. Torn between his male partner and a woman he's just met, he must dissect his emotional indecision and figure things out.

Here, Julian, who plays the role of John in the Bosco Productions show, answers some questions about it.

What attracted you to the script of 'Cock'?
I mean, it’s a seriously fantastic role. I play the character of John who his whole adult life has been in a singular gay relationship with an older man. A relationship that has had parental overtones and as a result has stunted his development. He then meets a woman who suddenly opens up to him new experiences both emotionally and sexually, that he had never imagined – or thought to imagine. He now has to make this decision, while being in love with both of them, and we follow him on that journey as he makes a total cock of it all. It’s really funny and sexy and provocative. What also attracted me to this production is taking on a lead role – which is something I haven’t done on stage for a very long time. It's nice to step into that role again and I take that responsibility very seriously.

'Cock' was last performed on a major stage in Brisbane at La Boite in 2014. That makes this production the first showing of 'Cock' here post-marriage equality. How do you think this new context affects the way the show is read?
It is a great question and one I don’t have a great answer to (just yet). It isn't a play that necessarily focuses on gay rights explicitly. It is more an exploration of identity and sexuality and how those two can overlap and also, conflict. Once we are all together and working I might have a better answer to this question. Societal change of that magnitude will surely influence character behavior, I’m just not sure ‘how’ yet. 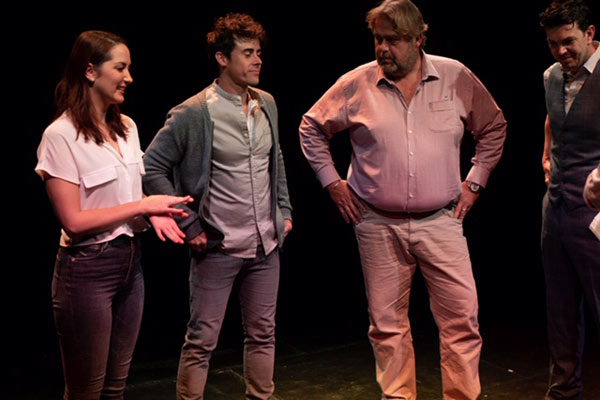 In light of this new context, can you tell us about what the play speaks to in general, and today?
I think the play has never been more relevant. In 2019 we live in an Instagram world where people are constantly comparing themselves to others and coveting lives, that may or may not even be real(!) That is John’s struggle essentially. And being alone is almost worse than death for him. I guess when you’re alone that is when you actually have to face yourself in your most unaffected state. I think these are all pertinent themes for right now. And I’m not sure for the inquisitive that the search for identity ever truly stops. We are always changing and evolving. So yeah, there is a lot here to unpack.

And what’s it been like working on this with Helen Howard?
Helen and I have known each other ever since we appeared together on stage in ‘The Glass Menagerie’ for La Boite. Due to the nature of that show though, we only really got to know each other post that experience. She is fiercely passionate and a very exciting person to be around. I admire her. I have no doubt she will push us to do our best work. She doesn't believe in ‘getting things right’, which is music to my ears. It’s about stepping on that stage each night and being surprised by what’s new about this work this evening. I wish more theatre directors in this country would be brave enough to push for that. 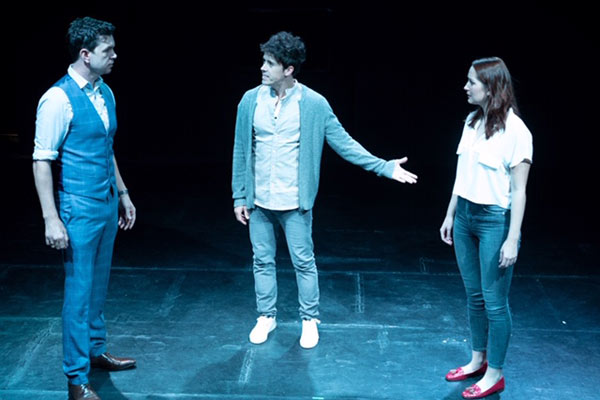 Earlier this year you produced with the company you’re part of, Big Scary Animal, the site-specific show 'Savage In Limbo' which sold out its season. What are the pros and cons of doing it all yourself?
I absolutely loved it. The role of producer was a natural fit because deep down I am a total control freak. And yes, as an actor you have to surrender that control. So, it was nice to tap into that natural instinct for ’Savage'. Because of the profit participation nature of that show, the process was truncated so we could afford to have those professional actors. Do I think my performance suffered juggling so many responsibilities? Yeah probably a bit, if I am being honest. Because I was wearing so many hats and for me, it was the first time taking on many of those responsibilities. But for ‘Magpie' (a couple of months ago) and ‘Cock', I’m paid to just focus on the one job of bringing the complexities of John to life. And having that singular focus after ‘Savage’ feels great.

Moving back to working in more traditional settings, though – what are the key differences for you in taking on screen roles versus stage roles?
Well stage is definitely louder. I think that's it – at least in my opinion. At the end of the day truth is truth. If it reads truthfully, great stage acting can be filmed credibly. I do think the real challenge of stage work is not to fall into vocal patterns which rehearsal in the wrong director’s hands happens – and, sadly, happens on the regular. 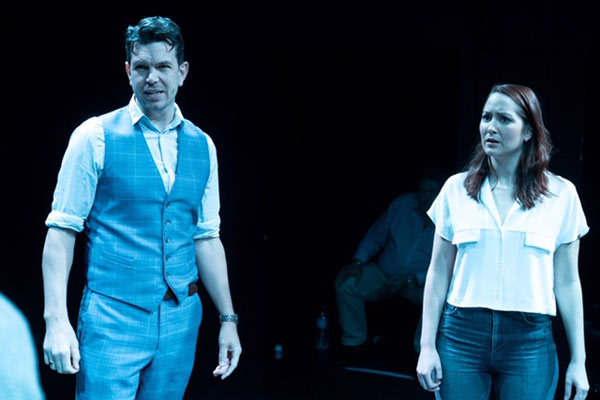 We often think of Brisbane as a sort of oversized country town, but that could just be cultural cringe. As someone who’s performed all around, what do you think it is that keeps you working and performing here?
For me it is the city's creatives – it is the Helen Howards. There is so much talent here. Is the industry using those talents in the best way possible? Well, that’s a bigger conversation. All I know is the town is full of people I admire and I like and I want to make cool stuff with.

You have a lot of irons in the fire – writing, acting, producing. What’s next for Julian Curtis?
I mean I just live a creative life and I am drawn to taking on new creative challenges whatever they may be. There is certainly those that look at me and think: “yeah but what’s your brand?” Or I get “yeah but where are you based?”. And I’m like, a creative mind doesn’t sit still. A creative mind isn’t focused on marketability. Those are two questions I get a lot and it gets pretty tiresome. In terms of what’s next, I think directing is in my near future but it has to be a play that really speaks to me and inspires me to go “you know what, because of 'x, y and z' I am the best person to bring this writer’s vision to life”. It can’t just be ego or a want to extend myself. I mean, I am asking people to pay for a ticket here.