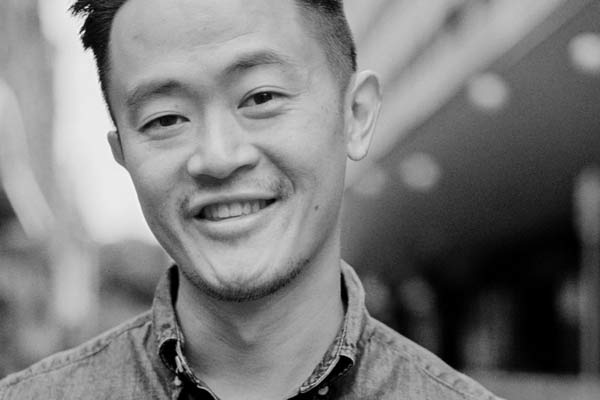 Benjamin Law is excited to host a panel discussion at the upcoming Brisbane Writers Festival: 'Growing Up Queer In Australia'.

Multi-disciplinary artists Nathan Mills, Phoebe Hart, and Samuel Leighton-Dore will discuss their own experiences with Ben.

‘‘'Growing Up Queer' is an anthology I edited; we wanted to collect first-hand, personal stories and essays about what growing up queer in Australia was like for LGBTQIA+ people. We wanted to capture the full spectrum of that experience, of being queer across generations, because they are so different, across ethnicity and cultures, genders and those who don’t identify with gender. The panel will talk about the anthology, which comes off of growing up 'Asian', 'Aboriginal' and 'African In Australia'. We hope everyone in the queer community will find something to identify with,” Law explains.

Selecting three panellists to share their stories was an easy task for Law. “Phoebe Hart is an amazing documentary and film maker. She’s written quite candidly about – and looked at in her own work – the experience of growing up with an intersex condition. I don’t think it’s too much of a scandalous thing to say that within the queer community, there are minorities within that minority, and I think people with intersex conditions are often overlooked.”

He continues, “Samuel Leighton-Dore has written about growing up gay, that very palpable fear of feeling like an outsider, of being called out for it. Nathan Mills has written this really great piece about being an outsider in the family context, and so these are people who all write, and tell stories in their own disciplines and practices, but they might not have been known for writing prose, but their stories were so compelling that we needed to include them.”

The anthology is a nice mixture of the well-known and soon-to-be-known, which Law elaborates upon.

“One of the things we wanted to do is to get high-profile names in the book, so that people would pick up the book, so we’ve got David Marr, Holly Throsby, Kate McCartney and Christos Tsiolkas. I wanted to make sure it wasn’t just a celebrity compendium but that we were getting voices from across the board.”

“These stories cut through to the heart, it’s educating yourself, whether you’re cisgender, queer or otherwise. Even within the queer community, the lesbian experience is not the same as the intersex, trans or bi, gay or asexual,” he concludes.

Benjamin will also be involved in panel discussion ‘Asking For A Friend - Put Your Problem To The Panel To Solve’. He’ll join Cal Wilson, Oliver Phommavanh and Clementine Ford.

“I’m looking forward to it, we’re going to be your Agony Aunties and Uncles in real time. Clementine does that as part of her work already, and I write a sex and relationships advice column for The Lifted Brow. Recently I hosted an event at the [Sydney] City Recital Hall with Esther Perel, who is a famous psychotherapist. I thought, ‘Wow, who is going to want to workshop their problems in front of an audience?', but it turned out so many people did.

“People who bring their problems to the table are often not the only ones with that issue, so it will be a fun opportunity to wrestle and argue with each other and hopefully provide help.”

'Growing Up Queer In Australia' is part of Brisbane Writers Festival which runs from 5-8 September.