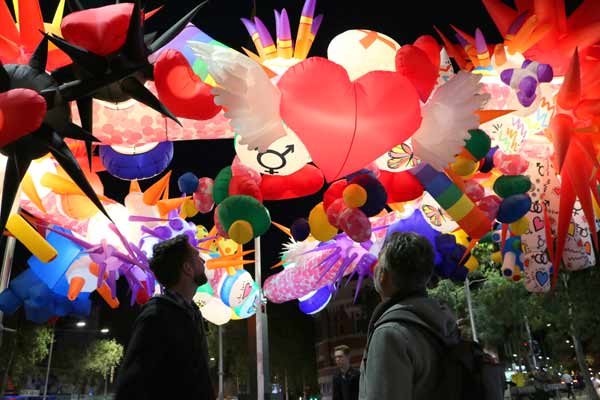 Designed by Maurice Goldberg and Matthew Aberline, 40 Years of Love is a celebration of 40 years of Mardi Gras and uses symbols to represent the ﬁve themes of repression, adversity, freedom, diversity and love. 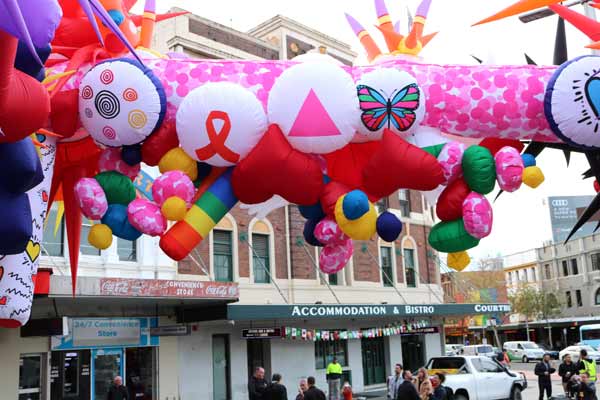 “It’ll be nine metres high at its highest point above the ground,” Maurice adds. “That’s higher than a three-storey building. We want people to notice this – it’s a big, sassy, loud, undeniably in-your-face installation.”