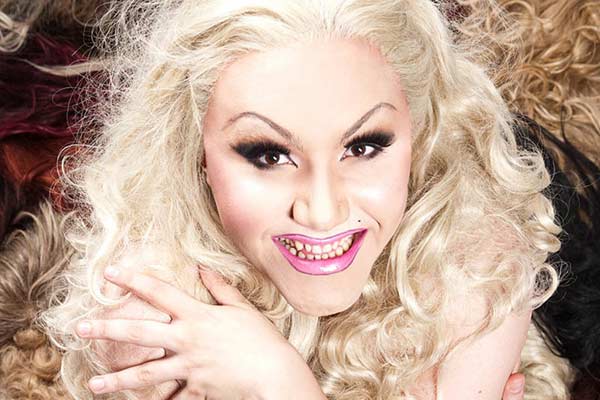 Trevor Ashley always brings a lavish, loud, bold production with him wherever he goes.

Adelaide Fringe will be no exception as he rips through some of his greatest performances including divas like Cher, Tina Turner, Liza Minnelli and Shirley Bassey in 'Trash And Trevor'.

Here, the performer answers some questions about what to expect.

Your latest show, 'Trash And Trevor', is a degustation of all your best diva hits. You must have a favourite Diva though. Who and why?
I think it's Shirley Bassey for the win. I love her songs, her voice, the way she gives everything to a song like it's the last time she'll ever sing. That and she has the best and most glamorous gowns and fabulous feathers!

How old were you when you first realised you had a bit more musical in you than the average guy and what were your first inspirations?
I've been theatrical as such pretty much from birth. Mum and dad didn't know what to do with me, as I'm not from a showbiz family... But all I remember is as a really young child listening to showtunes and musical theatre albums over and over. When I started dressing up as Maria and recreating 'The Sound of Music' I knew I was done for.

Speaking of Trash and with a vague reference to 'Serial Mom' (please write/direct and star in 'Serial Mom: The Musical')… How’s your recycling going?
I'm exceptionally good at recycling... And up-cycling. There are songs in this show I've been singing for years, but I'm trying to give them a new twist... There are outfits also that are being recycled, but re-bedazzled. And the jokes are as low as the gutter.

Singing the hits of the world’s great voices would take a lot of energy night after night. How do you keep your pipes in good working order?
I actually have to be careful of that – I am singing so high for a boy and just busting out these belters that I have to try and watch it. To be honest, I try and have at least 24 hours of complete vocal rest a week while singing. It's hard, but messenger gets a workout.

Your directorial debut, 'Heathers: The Musical' was a sell out success at the Opera House last year. Which Hollywood mean girl would you love to portray in a show and what would be their stand out stage moment?
Hmmmm that's a tough one. I think it would have to be a Disney Villain. Some kinda camp arch diva like Maleficent or even Cruella DeVil who'd get some big belting number with pyrotechnics and a costume change. I love a costume change.

What song would you sing if you were forced to perform for Donald Trump?
There's a song by Rodney Rude called 'F***YA'. It kinda just says those words over and over. Appropriate.

In a perfect world, what will Trevor Ashley be doing in 10 years time?
God, I hope I'm still alive. If I make it that far, I will definitely be on stage. Hopefully on Broadway... I'd love to one day play in a show there. Until then, a tent in Adelaide will have to do!

Who is your dream stage date and what production would it be in?
It would have to be a production of 'Wicked' where Johnathan Groff plays Fiyero and I play Elphaba. He's dreamy.

What 5 words best describe what you hope your audience members are feeling after seeing 'Trash And Trevor' at this year’s Adelaide Fringe?
Elated, exhausted, happy, smitten and entertained. That last one mostly.

Trevor Ashley plays Fortuna Spiegeltent at The Garden of Unearthly Delights on 28 February.