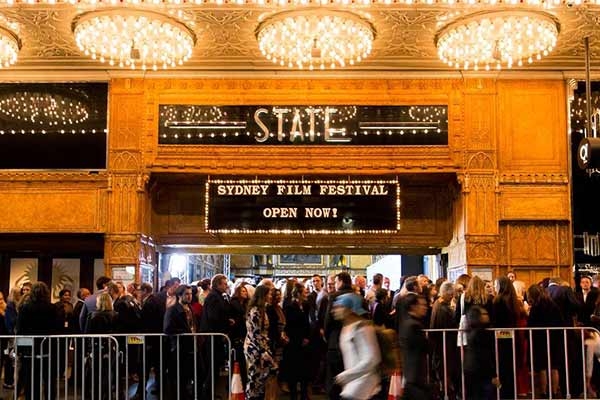 The films included in the programme will screen with bonus material exclusively filmed for SFF, including filmmaker introductions and question and answer sessions.

"Since the 66th Sydney Film Festival in 2019, everything and nothing has changed. We aren’t together in a dark cinema sharing new ideas and worlds – but film is still where we look for them," Festival Director Nashen Moodley says. "So, Sydney Film Festival is back this year with a virtual program available to all homes across Australia."

“We also hear from Europe’s rising female stars in the Festival’s Europe! Voices of Women In Film programme – a selection of 10 essential films from exciting women directors that traverse family dramas, a gritty love story, gender stereotypes and much more.

“Finally, it is our great delight to present two new collaborations. Relive, or discover for the first time, 40 world-class cinematic gems from the Festival’s past, for free, with SBS On Demand presents Sydney Film Festival Selects.

“The Festival is also part of We Are One: A Global Film Festival, a free, global, online film festival, opening 29 May for audiences everywhere. This first-ever collaboration of the world’s greatest film festivals presents selections from each of the festivals involved. The Sydney Film Festival’s contribution is two ground-breaking Australian films from First Nations directors: 'Mabo' (Rachel Perkins), and 'Mystery Road' (Ivan Sen)."

There's a queer offering throughout SFF too – 'A Perfectly Normal Family', 'I Want To Make A Film About Women', and 'Her Own Music' all include queer themes, while 'Groundhog Night' is written by and stars Emily Dash, who is queer herself.

“Film offers the unparalleled opportunity to explore ourselves, others, and the world around us, helping us to make sense of it all – which is especially relevant as we grapple with the effects of the COVID-19 crisis," Lord Mayor of Sydney, Clover Moore says.

“We’ve been supporting the Sydney Film Festival for years, so I’m delighted this year’s Festival will be going virtual, so even more Australians can enjoy this important cultural event.”

Check out the full Sydney Film Festival programme here. It runs from 10-21 June.