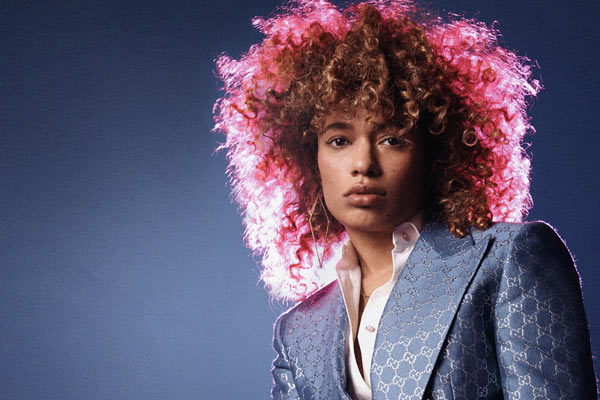 Australian singer-songwriter Starley will soon drop her debut album 'One Of One' for the world to hear.

The LP is a new direction for Starley, still staying true to her unique style and featuring 13 tracks delving into an array of emotions, styles and tempos. It's an exploration into her journey and into a chapter of her life with many twists and turns.

If you're not familiar with Starley's work, there's still a pretty high chance you've heard the Ryan Riback remix of her track 'Call On Me'. . . It has one billion streams and counting.

The recently released single 'Let Me In' was our final taste of what's to come with her new album – but for a bit more of an insight, we caught up with Starley ahead of the release of 'One Of One'.

What's your favourite thing about the world finally getting to hear work you've put so much of yourself into?!
I love hearing how it makes others feel for sure. That part is amazing. Like how this little thing that I’m doing can be heard around the world and in people's homes. Wow.

What's the main thing you're wanting to communicate in 'Let Me In'?
It’s a making up type song really. I’m asking for this person to give me another chance. It also shows another side to my sound, being that it’s soulful and acoustic mostly.

How would you describe the entire album ('One Of One') in one sentence?
A trip through darkness and light, love and loss.

What song on the album is the most meaningful to you, and why?
Hmmm, it’d have to be 'Bad Love' or 'Call On Me'. 'Call On Me' was a song I wrote on keys in my room at a time I felt alone and lost. It ended up being a song about hope. That message was so strong that I knew I had to sing it myself and that was the beginning for me. 'Bad Love' is a feeling I had when I was going through a hard break up. It’s so hard to let go sometimes and this was definitely all of that emotion tied up in that song.

What was the highlight of recording the album?
I think cutting vocals in general is always my highlight. I love the process and I’m very hard on myself. But I love putting the vocals together with my engineer.

Is there something you've learnt in the process of the creation of the album that you didn't know before?
Yes, wow, I learned so many things. But one big take away was how to put my creative team together. It wasn’t until the last minute that I’d locked in all the pieces and I finally have an amazing team now.

'Call On Me (Ryan Riback Remix)' is pretty huge. More than one billion streams is a LOT. Did you ever expect the track to blow up like it did?
Haha, no. . . never! I knew the song was special for sure but for it to have that kind of success was amazing. I’d been grinding for a long time though and same with Ryan Riback so it does make sense to a degree because at some point all the hard work had to pay off. It was just on a ridiculous scale.

You've got a couple of songs that really champion acceptance and love. Why is writing music about this kind of thing important for you?
I think that’s what music is about. I write about my experiences and how I feel. Being bisexual is only one part of me. It doesn’t tell you much about who I am, but I have had certain experiences because of my sexuality that I sing about because it’s cathartic but also to help others feel less alone in their experiences.

What is your favourite thing about doing what you do?
Exactly that. I wake up every day and I get to sing and write songs for a living. It doesn’t get much better than living out your wildest dreams. God has blessed me for sure.