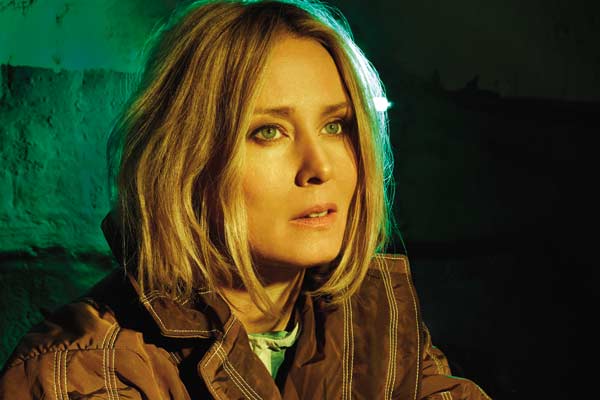 Róisín Murphy Brings It Back To Australia

Whether you know the Irish queen of avant-garde pop from her 'Sing It Back' days with Moloko or her dancefloor-destroying solo tracks, Murphy is an extraordinary chameleon of both musical and visual style.

Murphy is heading back to Australia this December for the first time in a decade, bringing with her a catalogue of music and a singular onstage energy which is something to be experienced.

Ahead of the tour, Murphy chats about her ever-shifting musical style, making music videos, and the special piece of Perth she has in her wardrobe.

“I was just looking around on Instagram and I came across an image of it and I was like ‘oh god, it’s amazing'! That’s the nicest thing about social media for me! I’ll see something nice and compliment someone and they’ll say ‘oh, well we’ll send it to you!’. . . But in this case that was the very best thing that was ever sent to me.”

Murphy’s emotive, high-energy tunes have certainly struck a chord among her queer fan base, often featuring in drag numbers and on the dancefloor.

“With Moloko audiences, towards the end I was noticing my gay fans a bit more. Particularly when 'Statues' came out, but I really felt it a lot more when I went solo.

“I had to start again from scratch when I went solo, but I realised my deepest fans were gay, and that’s when I realised I had that kind of love.”

Murphy’s voice has been making waves since Moloko’s 1995 release 'Do You Like My Tight Sweater?', and after three more albums with Moloko, four solo albums and a slate of singles and EPs, Róisín never brings the same energy to a new project.

“I work with different people every time, I often change up who the collaborator is. . . And there is this gradual ‘me learning to sing’ thing going on,” Murphy explains.

“I couldn’t sing at all when I started, but it’s a journey through working with different people and different sounds.”

A particularly interesting step on that journey for Murphy was 'Mi Senti', an EP performed entirely in a language she didn’t speak.

“I’d just fallen in love with an Italian guy at that time, he’s the father figure here in this house. He was telling me about all this beautiful Italian music but one song in particular, 'Non Credere' by Mina, he told me his uncle had actually written the song.”

“Whenever I was around the house I started trying to learn the song by looking at her singing, looking at her mouth movement and listening and writing it down phonetically and sort of learning Italian which led to working on that project.”

Since Murphy’s last LP release in 2016 with 'Take Her Up To Monto', Murphy has been dropping single after single of silky smooth house-inspired dance hits, so are these heading towards a new full-length release?

“These ones currently will lead to something bigger! These things take a long time, 'Simulation' I started years ago. . . But these will come together as a larger package I think!”