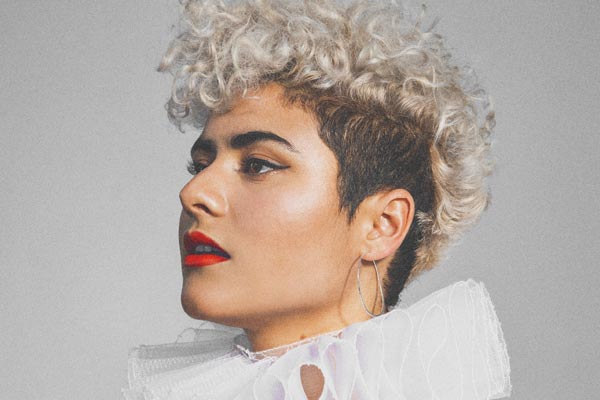 Montaigne is Jessica Cerro: a Sydney-based singer-songwriter with her goals set for success.

She made her mainstream debut in 2012 with ‘Anyone But Me’, which took her to the finals in Triple J’s Unearthed High. And released her debut single ‘I Am Not An End’ in 2014 with a little help from Tony Buchen (Courtney Barnett, The Preachers). By 2016, Montaigne hit Top 5 success with her debut album, ‘Glorious Heights’ – winning her an ARIA award for best breakthrough artist and garnering a collaborative deal with Hilltop Hoods.

In terms of queerness, Montaigne considers herself “pretty softcore”. “I take the Hannah Gadsby approach to queerness in that I don’t identify with what I think are traditional displays of queerness.” Yet queer media is still something she hopes to champion as a “very small voice in a straight world”.

Like most folk her age, Montaigne first discovered her queerness while watching 'Glee'. “That was my first experience with media where I was like ‘oh, this is just a thing that can happen in high school and it’s valid and real'.” Yet, with changing times came changes where she found her personal role models. “I usually had friends around me in high school who were queer too, so I think they were kind of my role models. One of my friends was very open and proud about it with her friends, and that was really cool for me.”

Montaigne feels queerness is much more accepted now, especially within her own circles. “In the inner-West of Sydney, I can turn a corner and there’s someone queer-presenting who will talk about these issues, or has a same-sex partner. So for me, now, salvation comes in just seeing it be part of life in my community.” And that feeling of community is something Montaigne is passionate about fostering with her music. “I think developing community groups is important as well, because I think it’s fundamental to democracy for people to know their neighbours and be able to work with them when issues arise that affect you, so you can mobilise together.”

At only 23, Montaigne now confirms plans to tour her second album ‘Complex’ just months after wrapping up her national ‘For Your Love’ tour. The news comes with the release of her latest single ‘Ready’, available for listening on most streaming platforms now. ‘Ready’ is described as “Montaigne’s most anthemic single to date”. This shout-out-loud track lends itself to modern activism, communal anxieties, and small voices, so we asked Montaigne just what she means by that.

“I’m very passionate about all these things because I’m a human that needs other humans. For me, the environment is a big one because we all suffer if that goes down regardless of who we are or what identity we take. If that dies, we all die. That strikes a lot of fear in me that I try to alchemise into action.”

Montaigne sees that fear in others as well, and ‘Complex’ is as much for them as it is for anybody. “The way the world’s fostered right now is destructive and ugly. It’s hard not to be anxious about that when you don’t think you can do anything about it, which I think a lot of people do. I think it’s the compounding of the ugly side of social media, plus solastalgia about changes in environmental surroundings, and this political movement where the far right seems to be dominating and that’s a terrible thing.” 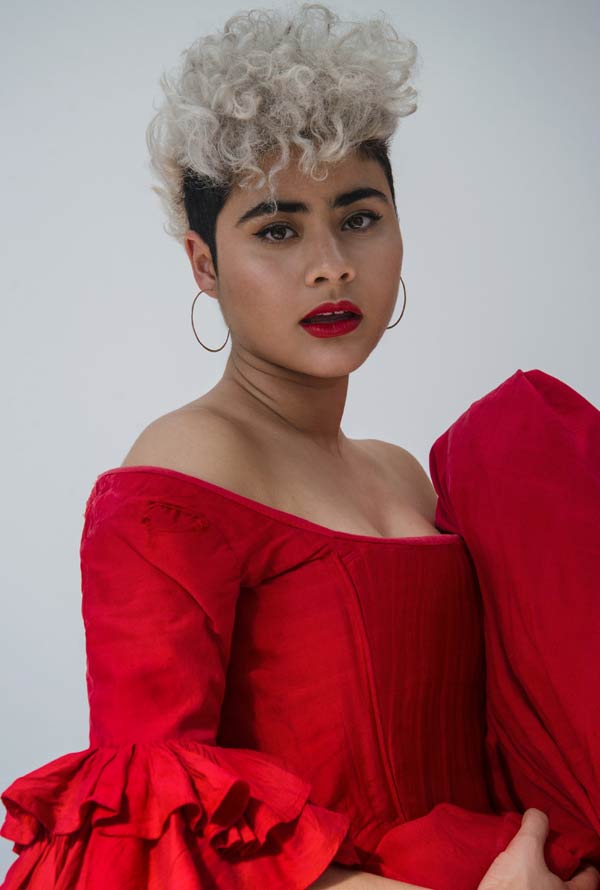 Montaigne adds: “There are all these people with power and we seem to have none when the opposite is true: we are millions and millions, and they have to listen to us. We trust them to make this democracy work and to make this feel right, and they don’t. And because we trusted these people and that trust has been broken, we feel we’ve been jilted and can’t do anything about it.”

Yet Montaigne isn’t satisfied with being a bystander in this democracy. “I really want to combat that anxiety. Try bring a little hope and happiness. I think a lot of people are doing a really good job of trying to alleviate and create positive change. That’s very exciting to me.”

And, of course, Montaigne uses her music to tell listeners not to be satisfied with that anxiety – to take responsibility for change.

“I think being switched on to the process of democracy and the way we can use our voice – that’s our magnificent entitlement. It is such a privilege that we get to use our voice to talk directly to politicians and parliament about what we care about.”

‘Complex’ is set for release 30 August. She'll perform shows around the country in November to celebrate the release. Check out her website for more details.