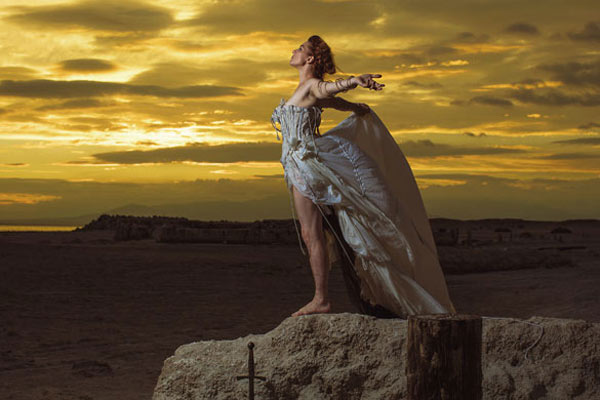 Whether through her work as part of the punk rock Dresden Dolls or her solo theatre material, artistic powerhouse Amanda Palmer has been shaking up the music and performance industries for more than 20 years.

Her new album ‘There Will Be No Intermission’ is her most powerful project yet and Amanda is bringing the record down under with a national tour in 2020, kicking off at Woodford Folk Festival.

‘There Will Be No Intermission’ shines a light on sensitive topics like sex, death, cancer and abortion and through not only the record but also the tour, Amanda seeks to encourage her audience away from repression and compartmentalisation of emotions.

“I have changed over the years and especially in relation to this new record, in regards to what I think people should have to emotionally endure. . . I spent my life – artistically and otherwise – preaching against a society that demands to repress our feelings.

“I think I have learnt that it’s a lot more important to be generally compassionate rather than insistent that people deal with their feelings or deal with reality. Nowhere has this been a greater lesson than in my marriage and in my friendships and in all of my lifelong relationships, because people have to take life at their own pace. Trying to force people into intensity doesn’t necessarily help people. . . They have to want to comb through those feelings, those experiences, those traumas.”

She’s also aware of a certain leniency afforded to her as an artist in this regard.

“You’re allowed to grab someone’s hand and scream at them like ‘jump into this emotional mosh pit!’, and then they can either refuse you and punch you or they can throw caution to the wind and go dancing with you. You’re wearing a sticker that says ‘artist’ but you’re actually doing your job and I think that’s why I wanted this job. . . Every artist can be a shape-shifter.”

Amanda describes the ‘There Will Be No Intermission’ tour as “a real Rorschach for the audience” and says she has different experiences in every city on the tour, no matter the setting.

“It’s such an incredibly quiet, personal, intimate conversation with the audience; I have learnt more about the people that are sitting there than ever before on this tour, because everything is just incredible. There’s no noise or bomb blast or lighting or separation to hide the audience from itself,” she explains, giggling.

This intimate conversation, whether it be through musical or spoken dialogue, is something that creates a unique connection between Amanda and her audience. Everyone, it seems, can get something out of what she has to say. 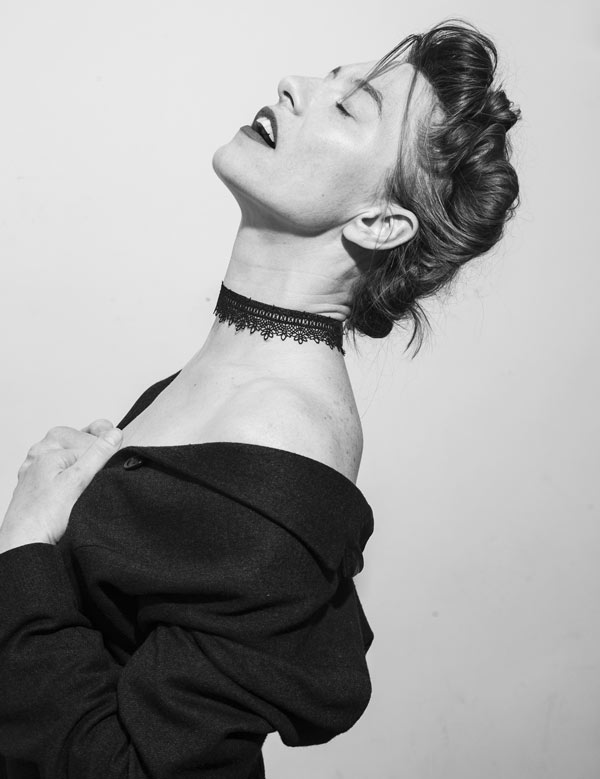 Creating these connections on such an intimate level with her audience members is somewhat of a unique characteristic for such a high-profile artist. Amanda often talks about fans who have either written letters or told their stories in person that relate to the themes she speaks so openly about in her music.

Listening to these stories, Amanda could hardly be blamed if she found the situation overwhelming. In fact, she feels the opposite way: “More rather than less connected.”

“The idea of all of that being taken away from me. That’s what’s overwhelming. I’ve been moving towards this kind of work in my career for 20 years. I have a house full of those letters now, and I read them.”

Amanda also creates connections between her and audiences through crowdsourcing. During her 2013 TED Talk, she discussed in detail the 'art of asking', which is something she’s done throughout her career – whether it's street performing as The Eight Foot Bride, her Kickstarter which surpassed its $100k goal and reached over $1 million, or her Patreon which currently has more than 15,000 supporters.

She describes crowdsourcing as the most liberating part of her career.

“I cannot overstate how much power I did not know I was missing out on until I threw my business open to subscription and 15,000 patrons giving me a teeny bit of money to be completely free. . . Not just for a single record or for a single project, but for an entire artistic lifestyle. My patrons bowl me over again and again with their insistence that I follow my instincts away from chart success, away from fame, away from commercial liability and towards the truth.

The biggest lesson Palmer takes on stage with her every night is one taught to her by lifelong friend, Anthony.

“True friends and my deepest loves are ones who love me despite knowing me and when my ego snaps or I lose my patience,” she says. “They stand with me because they know and love me and I do the same for them. It's a reminder to stand there in my complete imperfections and know that I’m never going to hit every note, know that I’m always going to disappoint somebody, know that it’s never going to be quite right. Know that – and f…ing do it anyway.”