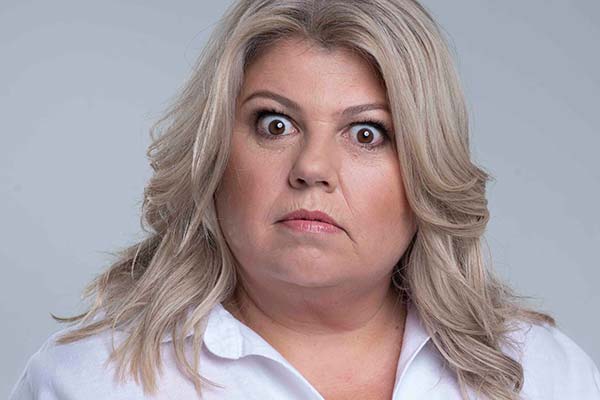 The tour will kick off in Melbourne before visiting Brisbane, the Gold Coast, Newcastle, Sydney, Perth, Adelaide, Hobart, Canberra, Narre Warren, and Darwin.

Urzila’s show is one about keeping your cards close to your chest. . . But walking around naked. Can we have it all? Yes, but also. . . No. . . But also, it’s none of your business, because ‘It’s Personal’.

‘It’s Personal’ arrives hot on the heels of Urzila’s previous tour ‘Token African’, not to mention an hour-long Netflix special ‘Overqualified Loser’, and ‘Comedians Of The World’. In 2019 – remember that pre-COVID time? – Urzila took home the Melbourne International Comedy Festival People’s Choice Award for most tickets sold across the festival, and she’s appeared on the panel of ‘The Masked Singer’ for the past two seasons, as well as being a regular on Ten’s ‘Have You Been Paying Attention?’.

Urzila’s found the time to release her premiere podcast ‘That’s Enough Already!’, which has shot to the top of the Comedy charts here in Australia. In 2022, she’ll make her mark in ‘Ozi’, a new feature animation also starring Donald Sutherland, Laura Dern, RuPaul and Amandla Stenberg.

Tickets are on sale 19 November at 11am.