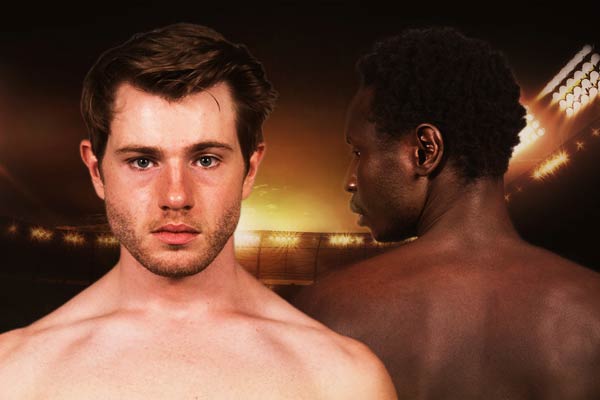 'The Pass' explores the corrosiveness of high-end celebrity culture. Image is everything and the stakes are high, and as something passes between two football players preparing for their debut Champions League match, their lives shift.

'The Pass' is a look at toxic masculinity and its consequences, shining a light on prejudice in sport and illustrating the cost of a repressed identity.

It was a hit at London's Royal Court Theatre and has since been adapted into a BAFTA-nominated feature film. This theatrical iteration, the first in Australia, stars WAAPA graduate Ben Chapple as Jason and AFTT graduate Deng Deng as Ade.

Here, Ben Chapple chats to us about 'The Pass'.

Tell us about your character in 'The Pass'.
Jason is obsessed with control. What can translate as pride or cruelty comes from a genuine desperation to be enough, to be accepted. And football is the only way he knows how. But his need to win comes at a cost – personally and professionally – and keeps him from realising the true potential within.

Have you found that you share any similarities with the character in real life?
No matter the character, actors always have to find some level of shared value or experience. Empathy is key. With Jason, growing up in the hyper-masculine sporting culture of 2000s UK can seem detaching, but those elements still very much exist today. In our schools, communities and conversations, a certain rhetoric of power continues to pervade our culture. The seed of Jason’s rhetoric and tactics is his yearning to be welcomed into an upper echelon of elites. I’m an actor, an athlete and a writer – there is always a bubbling desire to 'make it', to better oneself, and this can lead to comparison with other professionals. Where Jason deviates is how he handles (or mishandles) these inevitable and crushing pressures. His world and his pressures hold different expectations in order to be welcome into that elite echelon than my own.

'The Pass' is part of Mardi Gras this year. Why do you think it's an important production for this festival?
I’ve never seen such an honest portrayal of two men, of different races, combating their own identities within this specific UK sporting culture that silences them. This isn’t a Hollywood rendering, there’s no gloss or censorship. It’s true and gets to the gritty, oftentimes confronting, nature of fragile heteronormative masculinity. What maketh a 'man'? The contributing factors are endless, and never conclusive. This play opens the discussion, asking how we ever permitted such silencing to begin in the first place, how we ended up where we are and where the seeds of such marginalisation may come from. 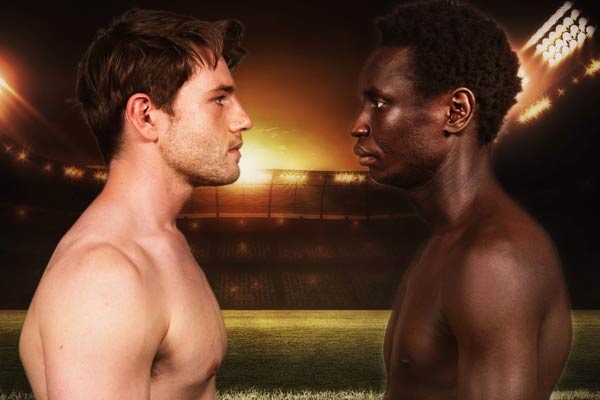 What are you most looking forward to about performing as part of Mardi Gras?
Mardi Gras is a very special celebration. It’s a humbling opportunity to share this unique story with like-minded people, many of whom may have experienced situations even remotely similar. But also, it excites me to open this discussion with non-like-minded people, people who have not asked these questions or refuse to ask them. That’s equally as important.

What do you think the strongest message of this show is?
Through this specific theatrical experience, asking the question: How did we get here? How did we permit this?

Why do you think prejudice, judgement and toxic masculinity are still quite prevalent in sport?
Because heteronormative behaviour is still synonymous with 'man' or 'masculinity', and sporting culture is still so heavily embedded in the idea of men going to do physical battle with one another. So identities get assimilated, whether by choice or otherwise. I obviously haven’t experienced this very particular situation myself, so I can only do my research and ask the right questions to the right people to understand their experiences, but I believe it’s those expectations. To uphold an image for fans and sponsors and media, to 'be' a certain thing at all times. Of course those 24/7 expectations can crush you, especially when one’s private and public lives collide.

What, in your opinion, is the best way to combat it?
Discussion. I think change lies somewhere between stoic action and compassionate listening. We can never change surface level symptoms without resolving the root problem. And in order to do that, we have to ask the right questions, scrape a little bit of dirt away each time, until we reveal an answer (likely, one of many).

And how are you hoping audiences respond to 'The Pass'?
I hope it gets people talking, arouses outrage or inspires compassion. I hope people start or continue asking questions. Always asking.

'The Pass' plays The Seymour Centre from 11 February-6 March as part of Sydney Gay And Lesbian Mardi Gras.