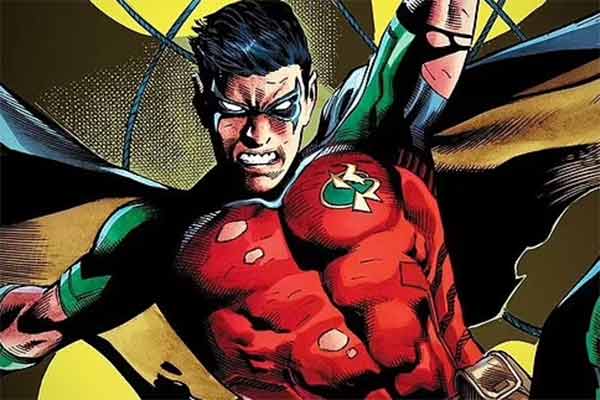 It seems that superhero and Batman sidekick Robin – AKA Tim Drake – is officially part of the rainbow family after the latest instalment of ‘Batman: Urban Legends’ from DC Comics.

In the new comic, Tim agrees to go on a date with a male character named Bernard Dowd, a friend and former classmate of Tim’s.

“Yeah. . . Yeah, I think I want that,” Tim responds, before a ‘to be continued’ cliffhanger on the comic.

This is surely welcome news for a huge portion of the LGBTQIA+ community who have credited Robin in the 1997 film (played by Chris O’Donnell) as their ‘gay awakening’. Though it’s not the same person (in the 1997 film Robin’s identity was Dick Grayson), fans have speculated Robin’s sexuality since his first appearance. 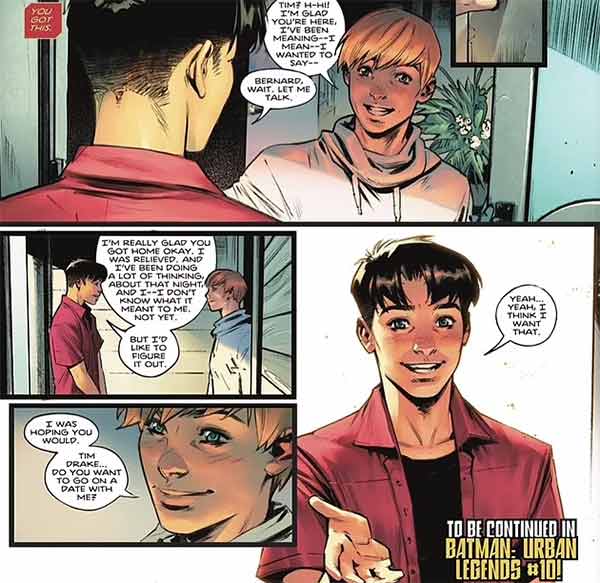 Writer Meghan Fitzman has since told Polygon that it’s deliberately a little vague at the moment: “I wanted to pay tribute to the fact that sexuality is a journey,” she said.

“Tim is still figuring himself out. I don’t think he has the language for it all. . . Yet.”

Look out for #10 to find out what happens next!