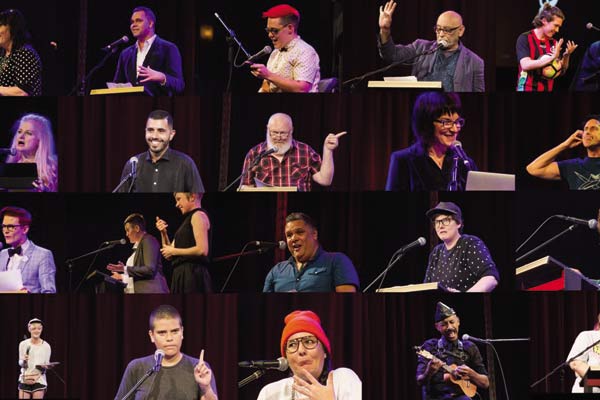 “There’s so much more to being queer than coming out and getting married.”

Queerstories at Brisbane Powerhouse will be an evening of sharing. Some of Australia's finest LGBTQIA+ storytellers will tell their stories.

Hosted and developed by writer, director and performer Maeve Marsden, the event features a fresh line-up of people in the community, willing to speak out.

Here, one of them – writer Holly Zwalf, talks about gender, the word 'queer', and weddings.

“In my 20s I lived in a filthy West End sharehouse with a dirty L-shaped couch. On that couch was an equally filthy dirty cushion with the words “not gay as in happy, but queer as in f... you” embroidered on it. It took me a while to fully understand it but now that I’ve (kind of) got my head around the complexities of queer politics I’ve realised how much that cushion neatly sums up my identity: I’m a dirty filthy queer, and I say this with pride and with a generous dollop of glee. Lesbian, dyke, and gay all feel too restrictive these days. They don’t fit me, my lovers, or my politics. I am a cisgendered woman which means when I was born the doctor looked at my body and said “it’s a girl!” and I still to this day feel as though I am indeed a girl. But my lovers are more often than not non-binary people, trans men, and gender-defiant butches, who seduce me with the way they analyse and deconstruct bodies and the identities attached to them. Have I lost you already, reader? Ok, let’s break it down.

I don’t believe there are only two genders. Actually I know for a fact there are more than two, that gender is fluid, and that you can’t tell if someone’s 'he' or 'she' or even 'they' just by looking at them. My friends and lovers are proof of this. Gender is how you feel inside, and I say this with the authority of someone who has a PhD in gender studies and sexuality. You can call me Dr Holly if you’d like. I’d certainly like. 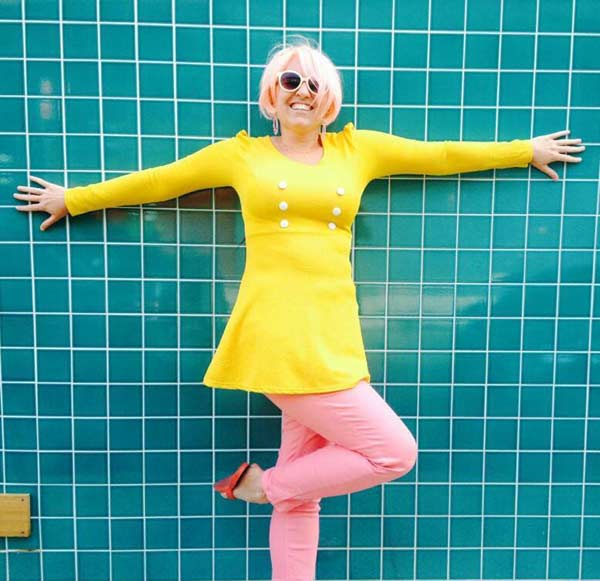 Still confused? The difference between gay and queer can best be summed up by same-sex marriage. Gays wanted marriage, while queers wanted to dismantle gender and the capitalist systems that privilege monogamous nuclear family models above all other relationships. While it still hurt me deeply, the whole marriage debate never really applied to me because my relationships aren’t exactly same-sex. And besides, while I’ve got nothing against marriage I have no desire to be just like straight people. I love living outside the margins as a rebel outlaw queer. It’s cool, it’s hot, and it’s sexy. Much sexier than frothy white wedding garb, though I suppose if you grow up not being legally allowed to do something you don’t bother wasting time daydreaming about that perfect dress. And I have to admit, in the last two years since the laws have changed I’ve been secretly doing a bit of a Muriel, and have found THE CUTEST little white number. . . f.... Did I say that out loud? Shhh. Don’t tell the queers.”